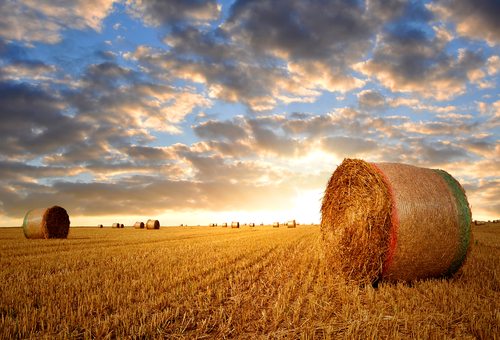 Some aspects of public policy—or, perhaps, some of the cavernous gaps in public policy—are completely dumbfounding. Take the Farm Bill, the cobbled-together agreement of Democrats and Republicans to provide subsidies to agribusiness (in the form of generous crop insurance subsidies) and to cut food stamps (though not as much as Republican legislators seemed to want). As a bipartisan bill passed in a Congress with little bipartisanship practice, the Farm Bill didn’t satisfy many nonprofits that might have objected to its achievement of leaving more poor families with children hungry. It also might have left nonprofits befuddled on another score: its weaknesses in transparency.

The Farm Bill manages to keep the recipients of the crop insurance program secret. It even ditched a provision sponsored by Rep. Virginia Foxx (R-NC) and Rep. Keith Ellison (D-MI) that would have simply required members of Congress and of the President’s cabinet who are receiving crop insurance benefits to reveal themselves to the public. At least the House voted to approve the Foxx/Ellison disclosure requirement before letting it disappear in conference. The Senate, controlled by members of the resident’s political party, never let an amendment offered by Sen. Mark Begich (D-AK) and Sen. Jeff Flake (R-AZ) that would have required disclosure of all beneficiaries of the crop insurance subsidy even come to a vote.

Why mention the president? It’s not just that President Obama signed this bill. Last year, President Obama said that his administration was the “most transparent administration in history.” That, unfortunately, hasn’t been quite our take on the transparency of the Obama administration on campaign finance, lobbying, closed door conferences with philanthropists, the Social Innovation Fund, insider trading by members of Congress, bilateral aid, prosecuting whistleblowers, and, of course, the surveillance activities of the National Security Agency. In some cases, legislation that reached the president’s desk for signature, such as the STOCK Act, had been so gutted in Congress as to make the disclosure requirements weak, if not worthless. But the president has the ability to veto bills that violate his commitment to transparency and to use his bully pulpit to call out legislators for ducking into the shadows.

With the Farm Bill’s next-to-nonexistent transparency requirements on crop insurance, the operative issue may be the connection of the campaign donors to politicians—including President Obama. Sunlight notes that in the 2012 election cycle, agricultural services industry interests contributed $42 million in federal and state campaigns. Included in the donors’ lists are various crop insurance trade associations that probably feel a lot more comfortable with keeping the identities of crop insurance recipients hidden from the public.

In his State of the Union address, the president promised a new muscularity in the use of executive orders, a willingness to issue them when Congress proves unable to act. In the case of transparency, President Obama ought to be issuing a flood of executive orders, because his signing off on transparency-weak legislation coming from Congress, such as the Farm Bill, will serve to make his administration unbelievably less transparent than he promised in his 2008 campaign and 2009 inauguration.—Rick Cohen