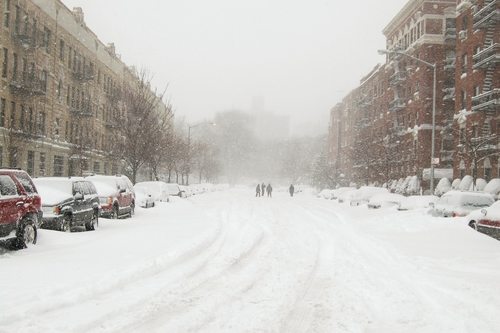 We spotted this, too, but it was Danny Vinik in The New Republic last week who pointed out for the mainstream press how little there was in President Obama’s FY2015 budget proposal to help the long-term unemployed. Just last week, the monthly jobs report from the Bureau of Labor Statistics revealed that the number of long-term unemployed in the nation—unemployed for at least 26 weeks, but still in the labor force looking for a job—grew by a phenomenal 303,000 in February, significantly responsible for the increase in the nation’s overall unemployment rate in the month to 6.7 percent.

This all follows President Obama’s State of the Union address which contained much concern for the long-term unemployed and a directive to Vice President Biden to catalogue job training programs that work. Following the SOTU, the Department of Labor unveiled the $150 million “Ready to Work Partnership” grant competition. The program will pay for 20 to 30 grants in the $3 million to $10 million range, geared, according to the DOL press release, to “support and scale innovative partnerships between employers, nonprofit organizations and America’s public workforce system to build a pipeline of talented U.S. workers and help those experiencing long-term unemployment gain access to employment services that provide opportunities to return to work in middle- and high-skill jobs.”

For all the public policy–tested language—“scale,” “innovative”, “partnerships,” etc.—this DOL program isn’t new. H-1B visa fees have long capitalized this grant program of training in industries that typically recruit from skilled foreign labor—for example, this announcement of grant availability for $240 million in 2011.

Perhaps Vice President Biden will come across programs that have shown promise with challenges facing the long-term unemployed, such as the five-week skills training Platforms to Employment boot camp based in Bridgeport, Connecticut, but operating in several other cities such as Detroit and San Francisco; the LA Fellows program; the Institute for Career Transitions launched by a professor at the Massachusetts Institute of Technology; the mutual aid-oriented Neighbors-Helping-Neighbors program that began in River Edge, New Jersey; the Michigan-based Community Ventures program that matches the long-term unemployed to career opportunities; and more.

But what’s in the federal budget as proposed by President Obama to significantly boost these programs and capitalize other programs at the level needed by the nearly four million long-term unemployed, not to mention others who have left the labor force entirely after their unemployment benefits ended?

Not much, Vinik says:

“The budget does include $4 billion for a public-private partnership, designed to provide the long-term unemployed with job training so that they can rebuild skills that may have deteriorated while they’ve been out of work. It also includes a new ‘Opportunity, Growth and Security’ initiative to invest in critical areas like research, education and public safety. More than 80 percent of the $56 billion that the White House proposes for this initiative would be spent in the first two years and some of it will certainly create new jobs. But given the current rate of long-term unemployment, that’s simply not enough.”

Our own review of the president’s budget found little in response to the magnitude of the long-term unemployment problem. The president’s proposed “New Career Pathways” program is really a retooling of two existing programs, including the longstanding Trade Adjustment Assistance for Workers program and a Workforce Investment Act program focused on dislocated workers. The budget calls for the much-needed reauthorization and recapitalization of the Workforce Investment Act, which includes job training for adults, a workforce innovation fund ($60 million) that will be used to improve education and employment outcomes, enhanced collaborations between state governments and industries through Workforce Investment Boards, and reintegration of ex-offenders. The budget also calls for a Job-Driven Training Fund, which would include the “Bridge to Work” program in which $2 billion would be used for $100 million grants to 20 states allowing unemployed persons to receive unemployment insurance while participating in short-term job placements, another $1.5 billion for “Summer Jobs Plus” targeting disconnected youth, and the $4 billion in “Back to Work Partnerships” identified by Vinik.

All of those multibillion-dollar Job-Driven training Fund initiatives are subject to PAYGO, the rule that requires these new initiatives to be funded from existing moneys or somehow be “revenue neutral.” Even if Congress were giving much credence to the President’s FY 2015 proposals, these programs would require other program cuts in order to fit into the budget.

Congress last month voted to reverse the cuts in veterans’ military pensions and passed an Agriculture budget that maintained food stamps, but it somehow can’t get its act together for the long-term unemployed. Unfortunately, the good words of President Obama’s State of the Union are not matched by aggressive, commensurate proposals in his proposed FY2015 budget. The implicit message is that the long-term unemployed aren’t really quite as high on his priority list as it seemed a couple of months ago. Between Congress and the White House, it’s not hard to see what is in store for the long-term unemployed: next to nothing.—Rick Cohen