Federal Budget Proposals Not All Doom and Gloom 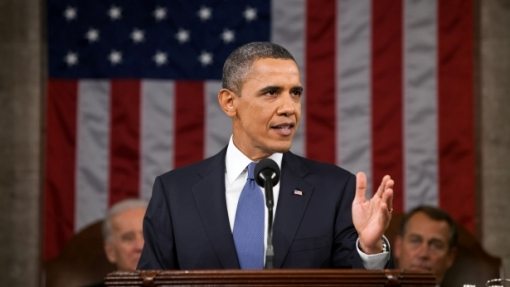 If you look hard enough, you can find some spots in the President’s FY2012 budget proposals that might be welcomed by the nonprofit sector. Rather than reading the thousands of pages of the full budget request, look at the brief departmental fact sheets for clues regarding what nonprofits might hope for if the President’s proposals stagger through a hostile Congress relatively intact.

The Corporation for National and Community Service, for example, suffers an 11 percent cut in its appropriation, having fallen short of the 250,000 AmeriCorps members anticipated in the Kennedy-Hatch legislation, but still funding 90,000 members. In addition, while the budget cuts some basic social safety net programs such as Community Services Block Grants and Community Development Block Grants, the White House maintains its commitment to social entrepreneurship with $70 million for the social Innovation Fund “to test promising new approaches to major challenges, leverage private and foundation capital to meet these needs, and grow evidence-based programs.” SIF still appears to be a signature program of this administration, even in a time of budget cutbacks.

At the Department of Education, the budget calls for $1.4 billion in new funds for competitions modeled on what is deemed “the successful and cost effective Race to the Top,” interestingly deemed successful before it has really even been implemented beyond the competitive application process. The new areas of competition will be an early learning challenge fund, a K-12 Race to the Top kind of program focused on school districts comparable to the “reform approach that has already brought so much change at the State level,” and “a new ‘First in the World’ competition to test, validate, and scale up effective approaches to improving college access and completion and generating better outcomes for every dollar of investment.”

Nonprofits are certainly likely to participate in those programs but will also look for the $300 million pledged to the Investing in Innovation (i3) program and $150 million in implementation funds for the highly touted Promise Neighborhoods program. HUD’s companion program to the Promise Neighborhoods program, Choice Neighborhoods, the replacement for HOPE VI public housing reconstruction funds, would get $250 million in the President’s FY2012 budget. The budget adds another $150 million for housing and transportation plans “that result in sustainable development, reduced greenhouse gas emissions, and increased transit-accessible housing.” HUD’s plans for leveraging private capital for the preservation of public and other HUD-assisted housing would get $200 million for a demonstration of the concept.

The Department of Health and Human Services will play the point in implementing the national health insurance reform program, which should occupy a ton of departmental energy during the next fiscal year. But for nonprofits, critically important HHS programs will be Head Start and Early Head Start, which will receive $8 billion to serve 968,000 children and families and child care subsidies totaling $6.3 billion to support 1.7 million children. They might shiver a little in the winter as the budget reduces the Low Income Home Energy Assistance Program (LIHEAP) by half, and here again the White House justifies its cut of the Community Services Block Grant program as due to CSBG’s “virtually unchanged formula that doesn’t consider performance and does not hold agencies accountable for outcomes.”

The term of art used the White House for its planned increases in some program lines is not grants or spending, but “investment.” The White House is hoping to dampen the budget cutting fervor of members of Congress by portraying its favorite programs as investments that will generate a return on investment, as opposed to traditional grant programs that are simply devoted to spending money to help people. Despite the upbeat language of the budget describing President Obama’s commitments to a number of important social goals and the adoption of return on investment syntax, the overall federal budget proposal feels like an austerity exercise, predicated on a weak economic recovery, lagging revenues, and looming long-term deficits.