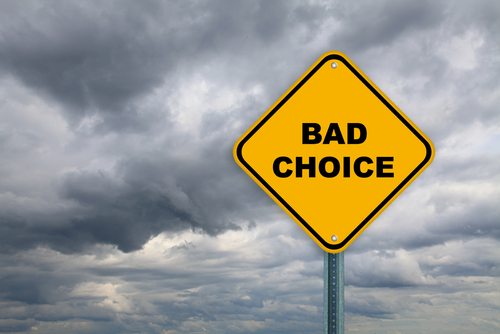 The founder and former executive director of STRIVE, Rob Carmona, used the N-word in dressing down an employee and found himself and his organization in federal court charged with racial discrimination in the workplace. The nonprofit employment placement organization based in Harlem has a long history of positive accomplishment placing the chronically unemployed in jobs, but this case vaulted STRIVE into the national debate of whether the N-word is justified anywhere, regardless of who uses it.

Carmona’s defense was that the use of the N-word between a black supervisor (he self-identifies as black and Puerto Rican) and a black employee has multiple contexts and, in this instance, conveyed love toward the worker, Brandi Johnson. Johnson didn’t take it as a statement of love, saying that she was deeply offended by Carmona’s used of the word—and the context, in this case, was his dressing her down over her alleged workplace attire and demeanor. Johnson said, “I was offended. I was hurt. I felt degraded. I felt disrespected. I was embarrassed.”

The federal jury sided by Johnson over Carmona and STRIVE, awarding Johnson $30,000 in punitive damages and $250,000 in compensatory damages.

Carmona’s defense was that one element of “context” was that his use of the N-word eight times toward Johnson in this incident was “tough love.” The New York Daily News quoted excerpts of Carmona’s statements toward Johnson, which were apparently captured on tape:

“I’m not saying, using the term ‘n—–’ derogatory, ‘cause sometimes it’s good to know when to act like a n—–. But y’all act like n—–s all the time…You can be offended, but it’s true…You and her act like n—–s. And n—–s let their feelings rule them.”

Carmona’s “tough love” argument didn’t work with the jury, despite his statement on the witness stand explaining that his use of the N-word was meant to convey his love for Johnson, and neither did his contention that he “comes from a different time” and has typically used the N-word “with people I’m trying to help.” After being berated by Carmona, Johnson cried in the bathroom for 45 minutes, and later she was fired by STRIVE after complaining about Carmona’s behavior.

There are lots of big questions inspired by the STRIVE case. The obvious ones involve whether it is ever appropriate to use the N-word, given its history and meaning, even if used between blacks. Many people and organizations, ranging from Oprah to the NAACP, believe that it is long past time to end the notion that there is any acceptable use of the N-word.

However, there is a more specific nonprofit context. Carmona’s “tough love” argument and his “from the streets” defense convey his sense that this is how some nonprofits dealing with troubled populations have to function in order to be understood, effective, and real with their clients. No one should suggest that this characterizes the vast majority of nonprofits, but there are a number who believe, explicitly or implicitly, that their nonprofit mission of love compensates for the behavior of executives who berate colleagues, subordinates, or clients with language that many people might consider abusive in other contexts.

Is this the end of the story? Hardly. According to Gene Demby of National Public Radio, “courtrooms tend to be really lousy venues for the resolution of messy social questions. The arguments over just what to do with this nettlesome, long-lived word are far from over.”

If you listen to the recording of Carmona’s statements to Johnson here, ask yourself whether there is any justifiable use of the N-word in the work context, whether a nonprofit’s specific program or constituency could justify the use of the N-word, and whether abusive language toward colleagues or subordinates in the nonprofit workplace can ever be justified.—Rick Cohen