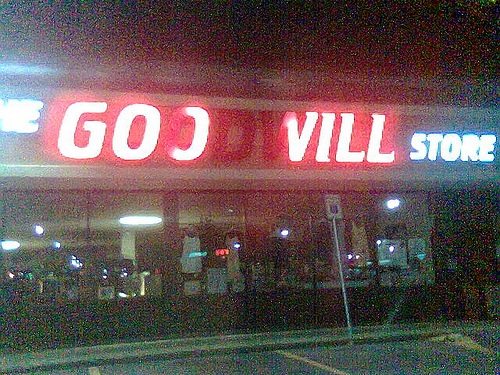 Does the dignity of work for people with disabilities justify a federal law allowing certain nonprofits (and their for-profit partners) to pay a sub-minimum wage? Goodwill Industries, a multibillion dollar nonprofit heavyweight in human services that is known for its good deeds and inexpensive clothing and wares, is one of the most visible nonprofit organizations that takes advantage of the 1938 Fair Labor Standards Act (FLSA) Section 14(c), usually referred to simply as “Section 14(c).” The behemoth charity has dozens of locations in the United States, some of which are documented paying their workers with disabilities as little as 22 cents per hour.

FLSA Section 14(c) authorizes the federal Department of Labor, in a sort of Orwellian process, to grant special minimum wage certificates permitting the holder to pay employees with disabilities a wage commensurate with their abilities, without any wage floor. The certificate-bearing employer simply administers a short “time study” which measures the speed at which an employee can perform repetitively a typically rote task, such as simple assembly (or hanging clothes, as in the case of many Goodwill employees), most often in discrete “sheltered workshop” settings. A formula determines the wage, which can be at or below minimum wage, and can shift significantly, as time studies of this kind are usually conducted for an employee every six months.

Certificate-holding nonprofits can contract out Section 14(c) workers to for-profit companies, leading to a creeping subversion of minimum wage protections for employees beyond the nonprofit world. Restaurants, retail stores and tax return processing centers are some of the common loci of Section 14(c) workers, numbering over 200,000 potential sub-minimum wage earners. “People are profiting from exploiting disabled workers, it is clearly and unquestionably exploitation,” said Ari Ne’eman, president of the Autistic Self Advocacy Network.

A Department of Labor spokesperson said in a recent statement that Section 14(c) “provides workers with disabilities the opportunity to be given meaningful work and receive an income.” Other defenders of the controversial provision sound the same implicit warning that workers with disabilities cannot produce value to justify a minimum wage and without Section 14(c) would be relegated to rehabilitation facilities, be homebound and without any other gainful or satisfactory outlet. Some frustrated parents support the exceptional law, believing that work at any wage is a source of occupation and sense of worth for their children with disabilities.

Goodwill International CEO Jim Gibbons, who was awarded $729,000 in salary and deferred compensation in 2011, defends a system that can reward a hardworking person with a disability less than one-millionth of his own executive pay. “It’s typically not about their livelihood. It’s about their fulfillment. It’s about being a part of something. And it’s probably a small part of their overall program,” he said. At 22 cents per hour, Gibbons is right—it certainly is not about livelihood.—Louis Altman