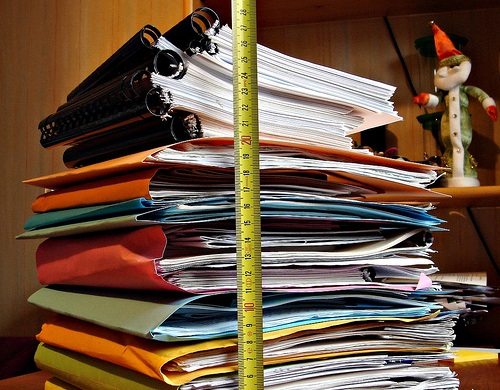 In Mesa, Ariz., the 24-year-old Housing our Communities, a nonprofit promoting homeownership, is closing its doors due to a lack of cash. But the description by observers of what led to the crisis is what interests us.

Teresa Brice, who helped to cofound the agency now works at Local Initiatives Support Committee, along with John R. Smith who retired from the board in January, suggested that confusing federal rules and delays in government payments are complicit in the problem that this and many other groups have when facing what the article calls “inflation bloated workloads.”

HOC has always worked with federal grant money, so it is no babe in the woods as far as administering this kind of money is concerned. So when, in 2009, HUD made two foreclosure-prevention grants totaling $12.1 million to the towns of Mesa and Avondale, HOC was an obvious partner for the work.

But in February 2011 HOC received one audit from HUD that demanded the return of $22,000. The money was apparently repaid. Then in December 2011 another audit found that a HOC had “used a subsidiary for the sole purpose of inflating invoices and overcharging the federal government” and that the use of this subsidiary constituted a conflict of interest. HUD demanded repayment of $787,000.

HOC has not been charged criminally, receiving only a recommendation for civil or administrative action. The agency has disputed the report, saying that the language is inflammatory and paints a misleading picture of HOC. HUD agreed to tone the language down but stood by their findings.

It seems clear that increased red tape is generally thought to have played some part in the closure. Louis Kislin, program manager for community planning and development in HUD’s Phoenix office, said federal oversight of the Neighborhood Stabilization Program has been unusually stringent because of the Obama administration’s transparency policies.

During a March City Council meeting, Tammy Albright, Mesa’s Neighborhood Services Director is reported to have said, “We are constantly getting new rules … Administering these grants (is) becoming more and more difficult, yet we’re seeing less and less money to do that.”

Then the mayor asked, “Are we approaching the point where we just throw up our hands and say, ‘Why do this?'”

A city councilor replied, “We’ve talked about it … it really is getting difficult.”—Ruth McCambridge