Feel the Bern! Supporters and Politicians Increasingly Active at Comic-Con 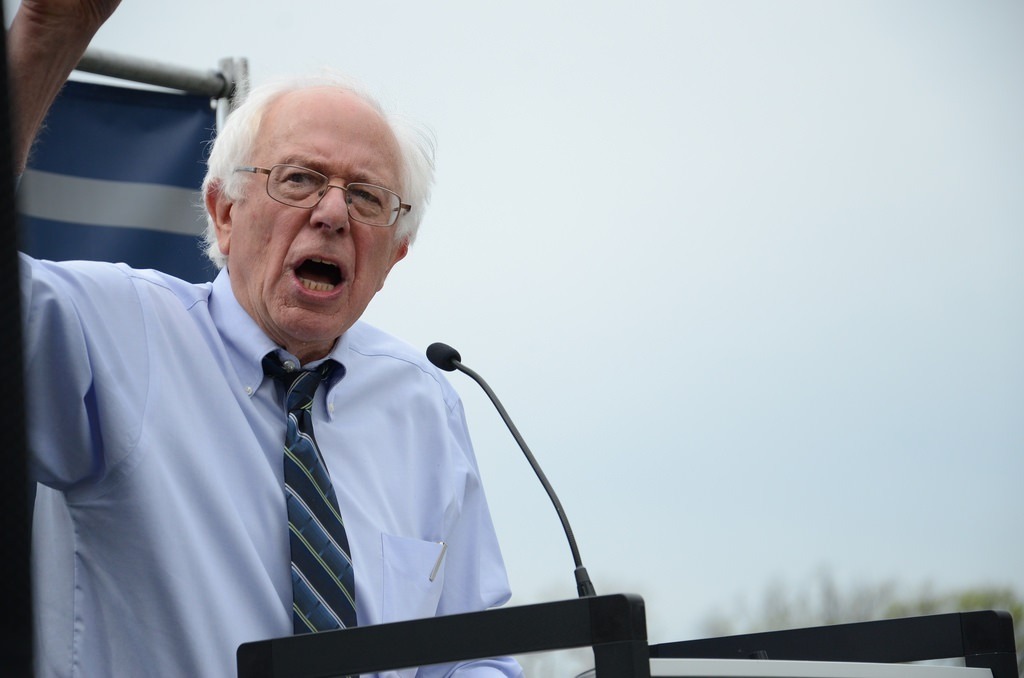 As a nonprofit, Comic-Con must adhere to the IRS standards of avoiding partisan politics, but that doesn’t mean its swarms of attendees must do the same. At Comic-Con this year in San Diego, the 130,000 or so participants the encountered a life-sized cardboard cutout of Vermont senator Bernie Sanders across the street from the convention center. Among the regular companions to Cardboard Sanders was a Princess Leia cosplayer. Reportedly, “Team Sanders” found the event very positive, with many pro-Sanders geeks and few opposed. (Sanders himself was unavailable for Comic-Con due to his schedule of events in New Hampshire.)

Opposing the Sanders corner was a collection of Christian activists protesting Comic-Con and the new television series about the character Damien Thorn, to most of us recognizable as the Antichrist kid in the Omen movies. The Christian activists carrying yellow signs (as opposed to the red-and-black posters carried by promoters of the Damien series) see Comic-Con, as one older protester amidst a group from the Los Angeles Bible Distribution League, as evidence that “this world is coming to an end real fast…It’ll be fire and brimstone.” He added that characters such as Batman and Superman “make it easy for the Devil to manipulate people.”

“Satan is real,” added another Christian activist outside the convention center. “Have you seen people walking around with the bags with Lucifer holding a cocktail of blood? That’s what Satan makes himself to be, a hero. That’s how he deludes men who love darkness. He makes himself out to be cool.”

The Sanders supporters, however, would have liked their new superhero, the frizzy-haired Vermonter with the Brooklyn accent, to have shown up at the con. “Comic-Con attracts a lot of nerds. Nerds are very much on top of politics,” said another Sanders acolyte, who displayed a picture of Sanders facing off against the Koch brothers in a Mad Max-like landscape. He also wore a t-shirt with Sanders’ hair in flames. Princess Leia at the Sanders encampment added, “The Force is strong with Bernie. He’s our only hope.”

One major politician did show up at Comic-Con, even though he wasn’t pitching a presidential candidacy. Rep. John Lewis, a Democrat from Georgia and one of the original participants in the march across the Edmund Pettus Bridge in 1965, came to Comic-Con in part to promote his three-part graphic novel, March, on the history of the civil rights movement. The response Lewis received was clearly effusive and positive, including several hundred showing up for his panel presentation, where he took questions on issues such as voting rights and immigration reform. “Speak up. Speak out. And let’s bring about a nonviolent revolution in America again,” Lewis said to his audience.

In the end, the mainstreaming of comic conventions has taken an unusual turn. At one time in our history, it was brazen and controversial for presidents or presidential candidates to show up on Letterman’s and Leno’s late night shows to play the sax or discuss boxers versus briefs. But young people aren’t watching much late-night television. They’re online, but there is nothing better for a politician, technology or no, than to press the flesh. With five candidates running for the Democratic nod and 15 and counting for the Republican, don’t be surprised to stumble into a presidential hopeful or two showing up at cons in the future to discuss the politics of young nerds.—Rick Cohen