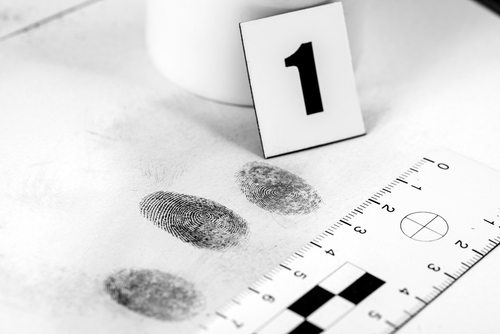 Does your nonprofit solicit and accept grants from corporate felons? It may be hard to avoid some major corporations that despite their philanthropic track records have had serious problems with the law. Because corporations charged with criminal behavior by the U.S. Department of Justice or the Securities and Exchange Commission sometimes settle and negotiate payments rather than going to court, many nonprofits might be unwittingly looking to felonious philanthropy from U.S. corporations to support their nonprofit programs.

University of Virginia law professor Brandon Garrett has a book coming out in October 2014—Too Big to Jail—examining what happens when criminal charges are brought against major corporations in the U.S. His book shows that sometimes corporations are compelled to pay penalties and fines through negotiated settlements, though the settlements often amount to much less than the public thinks. Rarely are the culpable corporate executives themselves ever prosecuted, much less sentenced to prison, as the following infographic from Garrett’s blog demonstrates: 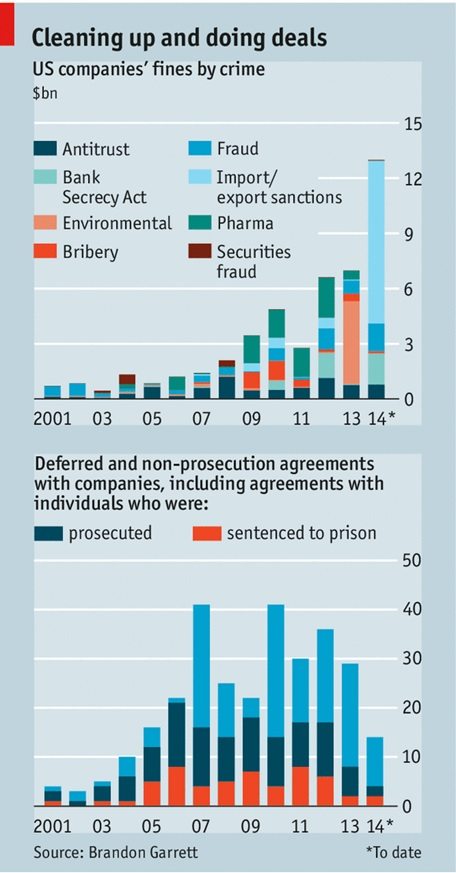 Nonprofit advocates know this all too well with the puny number of prosecutions of bankers and investors who were responsible for the national mortgage foreclosure crisis that led to the collapse of the entire economy. Typically, the seriously troubled behavior of some big corporations isn’t getting much in the way of federal government prosecution.

Penalties for Corporations that Are “Sort Of” Guilty

The federal government’s financial penalties imposed on corporations generally let the executives off with minor slaps on the wrist or with no prosecution at all. In 2013, federal prosecutors negotiated a number of non-prosecution agreements (NPAs) and deferred prosecution agreements (DPAs) that hit corporations with penalties and occasional requirements for reforms in corporate policy and practice, but allowed corporations and prosecutors to sidestep criminal prosecutions, whose chances of success neither side might be able to predict with confidence. In 2013, a number of high profile companies were subject to NPAs and DPAs with ostensibly significant financial consequences:

The Securities and Exchange Commission in 2013 also counted a number of enforcement actions against companies. Some were related to the financial crisis, but holding those aside, there were others in which corporations were hit with fines and penalties for legally and ethically inappropriate behavior. Again, here, too, a very brief selection of some of the better-known corporations to have hit the skids with the SEC in 2013:

These lists would be much longer if we added the corporations that have reached settlements with the Justice Department and other federal agencies concerning their shoddy behavior in the mortgage markets—misleading borrowers, foreclosing on homeowners, selling faulty mortgage-backed securities and such—not to mention others that have had to settle with the U.S. Department of Housing and Urban Development concerning racially discriminatory practices. But those are probably better known to nonprofits, particularly since there are segments of the nonprofit sector, like community development corporations, fair housing advocates, community reinvestment advocates, and so on, that have targeted those corporations for special scrutiny. We suspect that nonprofits probably aren’t as on top of monitoring corporations for securities violations and foreign corrupt practices.

Just about all of these corporations are known to be significant grantmakers:

BP is shelling out more money in penalties and fines than probably any other corporation ever due to its destruction of the Gulf Coast as a result of the Deepwater Horizon oil spill, dwarfing the $14.7 million the BP Foundation distributed in the U.S. in 2013 (the largest grant, $7.7 million, to the JK Group, a for-profit firm that facilitates or manages corporate giving and corporate employee volunteerism programs). Last year, NPQ generated a detailed analysis of the BP settlement agreement and its benefits for nonprofits, though a recent decision by a federal court judge finding BP guilty of “gross negligence” exposes the company to many billions more of potential fines and penalties. In general, the foundation grantmaking of these corporations is smaller—much smaller—than the amounts of money the corporations are paying in penalties and fines (and that goes for the big financial firms like JPMorgan Chase too, given the settlements they have reached for their mortgage activities).

Should nonprofits be concerned that their receipt of philanthropic grantmaking from corporations that have been determined to be guilty (or signed agreements that pretty much acknowledge their guilt) of crimes against the American people makes them complicit in corporate image-washing? Just think about the BP strategy. Its grantmaking is often accompanied or followed by press releases featuring happy nonprofits and their happy beneficiaries. It doesn’t differ much from the advertising campaign we’ve all seen on TV about BP’s extensive commitment to the environment, which might not have been quite as significant in the pre-Deepwater days. As some nonprofits learn more about corporations that violated the law and got off cheaply rather than having their executives trotted off to the slammer, they might feel more and more that corporate philanthropy is somewhat odious.

Other nonprofits might take a completely different perspective: If they can put corporate philanthropy to good use, it doesn’t matter that the corporations may be violating various kinds of laws in other dimensions of their existence. That may be so even if the philanthropic grantmaking is paltry compared to the tens or hundreds of millions the corporate felons might be paying in fines and penalties. So many operating nonprofits are so hard pressed to secure critical program resources that taking money from Las Vegas Sands or BP is simply a necessary step for organizational survival and progress.

It has been long known that corporations that have violated significant federal laws have successfully used charitable giving to restore and enhance their reputations. Corporations that stumble through serious legal problems sometimes get off with fines and penalties that are written off as deductible business expenses or amount, for them, to relatively minor slaps on the wrist despite the number of zeroes at the tail end—and using charitable giving for public relations and reputation enhancement.

At a minimum, nonprofits should know more about the corporate backgrounds of their funders than simply how they make funding available. We know that some fundraisers believe that nonprofits shouldn’t question the motives of their donors nor be much concerned about potential reputational issues so long as they are putting the grant dollars to good, charitable legitimate use. It would seem to us that more is required of nonprofits if they are concerned about democracy and governance. With increasingly powerful corporations dominating much of U.S. society, in politics as well as in the economy, nonprofits committed to democratic values ought to know where they stand vis-à-vis corporations when they contemplate soliciting and accepting corporate philanthropy.