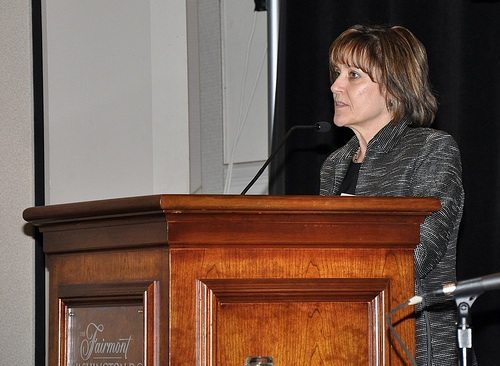 Nonprofit Quarterly live-blogged from yesterday’s excruciatingly long House Oversight and Government Reform Committee hearing on the continuing and, sadly, ever-expanding controversy concerning the processing—or, perhaps more correctly, lack of processing in many cases—of 501(c)(4) social welfare organization applications, particularly a number deemed to be targeted because of their use of Tea Party, 9/12 Project, and “Patriot” nomenclature in their names.

Amid all the sturm und drang generated by chairman Darrell Issa (R-CA) and a number of his colleagues on the Committee, the major takeaways are that the Committee failed to find a smoking gun with White House fingerprints on it, the Committee confirmed that the leadership of the IRS and its Exempt Organizations unit during almost two years of misadventures in 501(c)(4) processing was a case study of embarrassingly gross mismanagement, and few if any Committee members exhibited much interest in discussing any specific reforms that might be pursued to fix this teetering agency. (To their credit, Representatives Mark Pocan of Wisconsin and Tony Cardenas of California actually tried to discuss the merits of the Inspector General’s recommendations for change.)

Unfortunately, much of the Committee’s deliberations will be eclipsed by the fact that the former head of the Exempt Organizations unit, Lois Lerner, a veteran of more than 30 years in government, invoked the Fifth Amendment in choosing not to respond to the Committee’s questions. Since some members of the Committee have already charged her with lying to them or other Congressional committees—hinting that her disclosure of the IG’s findings through a planted Q&A at an American Bar Association presentation may have been illegal—and the Department of Justice has launched a criminal probe into the IRS brouhaha, Lerner’s decision not to testify was both her right and not an admission of any guilt.

In fact, upon being sworn in, before being dismissed, Lerner told the Committee that she had done nothing wrong, broken no laws, and told the truth. The Washington Post’s “Fed Page” columnist Joe Davidson agreed that Lerner had the right to invoke the Fifth, but “(b)y asserting her right (as a federal employee), Lerner…undermined the credibility of her employer, the Internal Revenue Service.” Davidson acknowledged a fact that no one else seems to have noticed: among all the players in this tragicomedy, including former IRS commissioner Doug Shulman and acting (but outgoing) commissioner Steve Miller, Lerner “seems to be the only one who tried to stop the targeting” of conservative organizations for special and inappropriate reviews. However, Davidson reminded his readers that earlier in the week, the Post’s fact-checker awarded Lerner “four Pinocchios” for misstatements and “weasely wording” in her explanations on May 10th that Davidson called “whoppers.”

However, because Lerner did get sworn in, made a statement under oath that she had done nothing wrong, and verified that a document shown to her of her interview with the IG was accurate, Issa is convinced that Lerner either invoked her Fifth Amendment rights incorrectly or effectively waived them. Issa announced his intention to recall Lerner and force her to testify, though ranking member Elijah Cummings (D-MD) thinks that the Committee isn’t exactly a court of law and her minimal opening statement and nodded assent to a document weren’t quite enough to require her to answer questions.

Davidson wrote, “I don’t favor letting federal employees, especially the lower-level folks, twist in the wind, or naming them publicly for bureaucratic mistakes, if that’s what this was.” That probably applies to Lerner, too. Davidson concluded, “rather than a coverup, this smells of the bad management documented in the inspector general’s report.”

Undoubtedly, more people in addition to Miller will lose their jobs for the agency’s lack of managerial leadership and competence. (Despite a “heckuva job, Brownie” performance during the timespan of the Service’s 501(c)(4) processing brouhaha, Shulman gets spared because he’s already out of office as a result of the expiration of his five-year term as commissioner.) But if the problem was one of putridly bad management, shouldn’t the various Congressional committees that are all-but-falling over each other to ask the same questions ad nauseam about who’s to blame for this mess start to look into how to fix the Internal Revenue Service, so that it regains the capacity and competence to do its job?

Lerner has exercised her Fifth Amendment rights. The First Amendment rights of some tax-exempt entities may have been compromised. But the serial Congressional hearings about the IRS reveal the need for a new Constitutional amendment, one addressing managerial competence in government. —Rick Cohen