Fighting Islamophobic Stereotypes and the Hysteria of Bill Maher 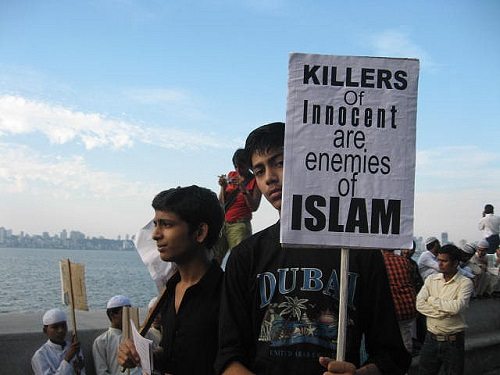 At a time when Islamophobia has reached an apogee under the impetus of HBO host Bill Maher, press attention for Muslims who believe in the traditional teachings of Islam as a religion of compassion has been scant. It is much easier to be ignorant and characterize all Muslims as latent ISIS warriors, an easy, simplistic, dramatic narrative for mainstream media to follow.

At Nonprofit Quarterly, we don’t buy into the latest attacks on Muslims and we never will. Stories that interest us are those that characterize, differently but accurately, the vast majority of Muslims. For example, in Birmingham, Alabama, Muslim doctors and dentists assisted by Muslim volunteers ran a free health clinic last week at the Hoover Crescent Islamic Center. The free health check-ups and testing truly count in a state that has chosen not to expand Medicaid eligibility, leaving many people in the state without adequate access to affordable healthcare.

Perhaps the Islamophobes don’t realize that Peter Kassig, one of the hostages being held by ISIS, is a Muslim who now calls himself Abdul-Rahman Kassig. While some say that Kassig might have formally converted to Islam while in captivity, the story from his hometown paper, the Indianapolis Star, portrays a young man who was culturally assimilating to Islam while volunteering to help Syrian refugees. His motivation for going to Syria was simply heartfelt, caring, compassionate humanitarianism.

Perhaps Maher should be reminded that the latest Nobel Peace Prize winner, Malala Yousafzai, is a Muslim. Like many, she stood up to the intolerance of the Taliban, which tried to have her killed for the audacity of believing that girls should be educated. In acknowledging her award, Yousafzai expressly mentioned her role and identity as a young Muslim woman.

More than a billion Muslims should not have to justify themselves to the West because of the actions of extremists claiming the name of their religion. Nor should the West feel itself somehow privileged to instruct Muslims on the meaning of their religion. But the West can address its counterpart to Islamic extremism: the growing threat of Islamophobia promulgated by the likes of Maher.

Perhaps, however, Maher has done a public service with his attacks. Zanaib Chaudry of the Council on American-Islamic Relations, the nonprofit Muslim civil rights and advocacy organization, credited Maher with “exemplifying that Islamophobia is very much real…characterized by the tired generalizations and stereotyping recycled by folks like [Maher] who are determined to define the faith of billions by the reprehensible actions of a small minority.”

As a committed atheist, Maher well knows how scripture—Old Testament, New Testament, and the Quran—can be interpreted and misinterpreted to justify all sorts of horrible behavior and retrograde cultural mores under the cloak of religion. Think of the Bible-wielding pastors who in the nineteenth century proclaimed slavery as religiously permissible, and in the 20th continued to cite scripture to justify governmental “separate and unequal” policies. Eventually, these abuses of religious teachings disintegrate. ISIS, the Taliban, the Wahhabis, and others represent a dimension of Islam that will collapse under its own brutal weight, especially given that the vast majority of their victims happen to be other Muslims. If the media seems unwilling to present a picture of Islam that doesn’t fall prey to televised Islamophobes, the nonprofit sector ought to be prepared to counter that kind of bigotry.—Rick Cohen