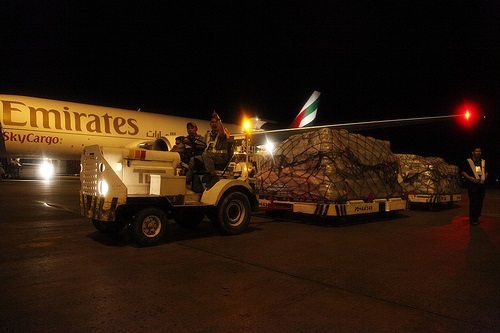 All over the world this past weekend, nations and communities mobilized to raise and send money to the Philippines after Typhoon Haiyan devastated the country, killing as many as 10,000 people and leaving an estimated 10 million in need of aid. Although disaster aid has been deployed, it is being waylaid by a lack of infrastructure and millions of people are going without water, food, shelter, and medical care. So when some expat groups are raising money and goods, the avenues they plan on using are not always aid agencies. Instead, some are sending what relief they can through churches and nongovernmental agencies on the ground in hopes that it will make its way through.

For instance, in Toronto,

“The Filipino Centre Toronto held an emergency board meeting Sunday night. The centre plans to set up a bank account Monday morning for donations, and it wants to work with non-governmental organizations and clergy in the Philippines to deliver aid directly to the people who need it, said Rosalinda Cerrudo-Javier, the group’s president.

Divina Batara, president of the Filipino Social Club of Oakville, said food and money will be delivered through Christ for Life Ministries in Mississauga, and they’re aiming to get it there as soon as possible.

‘People are starving, people are dying. You can’t wait,’ she said.”

And in San Francisco,

“The West Bay Pilipino Multi-Service Center on Seventh Street in San Francisco planned to stay open over night and all day Monday to accept donations of nonperishable food, medicine and first-aid kits to be shipped out as soon as possible.

‘We’ll be here until midnight,’ said Rudy Asercion, executive director of the longtime South of Market community organization. ‘We’re trying to create a sense of urgency so people will get their things together and donate.’

The group plans to work with church organizations to make sure the donations get through to storm victims, Asercion said.”

Over the next few days, we may see more clearly the full extent of the damage, but in the meantime, those same communities are waiting for word of their loved ones but still staying active in the attempt to send help.—Ruth McCambridge