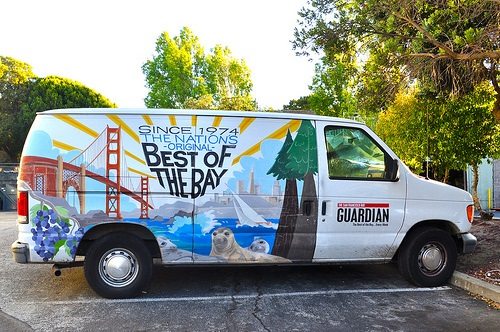 The San Francisco Bay Guardian, a 48-year-old “progressive” publication in the Bay area announced its imminent demise last October, just as it released its 40th annual “Best of the Bay” edition. Evidently, it had been struggling for years to make its revenue model work, but to no avail. The paper was under the umbrella of the San Francisco Media Company, which also operated two other publications, the San Francisco Examiner and SF Weekly.

But the Guardian was not destined to go down quietly; the paper started a crowdfunding Campaign on Indiegogo to raise 25,000 dollars to:

It has now announced that the goal has been reached. The uses of crowdfunding platforms are very diverse at this point. We are going to start keeping track.—Ruth McCambridge