Financial Success of Boy Scouts vs. Girl Scouts—What’s the Story? 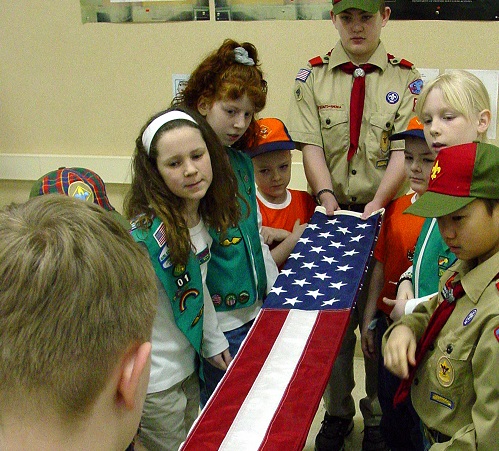 For the last three weeks, NPQ’s Rick Cohen has been delving into the stories behind the story published by the Washington Post on nonprofit diversions. In these situations, it was critical to understand the details in context before making any sweeping judgments about the group as a whole. Cohen urges a reframing based on a closer look. This is generally important for nonprofits to do before accepting an inadequate frame of reference offered by the media. Here, Brian Mittendorf looks a little closer at the finances of two national organizations. He reveals some interesting information and raises a lot of additional questions.

The Boy Scouts and the Girl Scouts have both been going through fairly intense internal strife over the last few years. The Girl Scouts tried to consolidate its councils perhaps too severely, causing dissension in the ranks. The Boy Scouts have been addressing their evolutionary status with regard to gay scouts and gay scout leaders. But both have also suffered financial setbacks that may have due been in part to the recession, but perhaps to some of the internal factors as well.

Brian Mittendorf has published an interesting, albeit short, financial comparison of the Boy Scouts with the Girl Scouts: 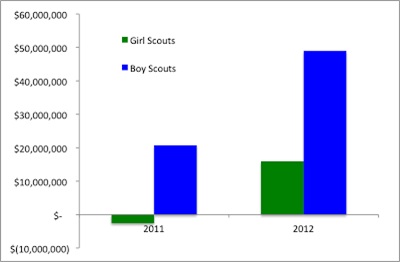 In it, he suggests that any analysis that concludes that the Girl Scouts are suffering from relative inefficiency is on the wrong track. In fact, he writes, “Comparing their most recent financial statements, the Girl Scouts of America pays salaries and benefits that amount to $14.83 per member, whereas the figure for the Boy Scouts is $28.39. In terms of total expenses, the Girl Scouts’ expenses amount to $37.72 per member, whereas the cost for the Boy Scouts is $81.69 (these reflect the national office financials and exclude contributed advertising). In other words, it’s hard to paint the Girl Scouts’ problems as being solely rooted in waste and excess.”

The groups are relatively the same size, with the Girl Scouts claiming 2.3 million scouts to the Boy Scouts’ 2.6 million. 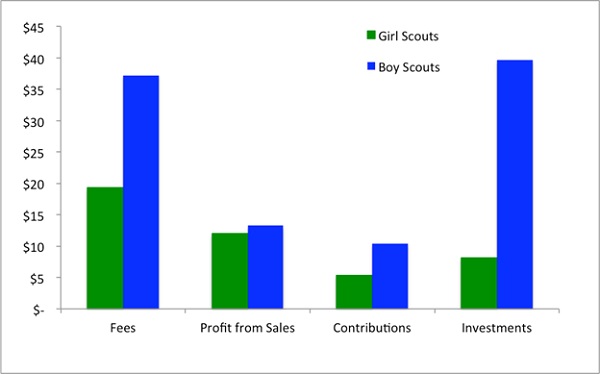 Mittendorf points out that the net assets per member are $54.54 for the Girl Scouts and $333.61 for the Boy Scouts, and this clearly feeds at least one big piece of the puzzle in the investment income that for the Boy Scouts is its largest dollar source.

NPQ would love to invite its many readers associated with these two organizations to weigh in with your own analyses.—Ruth McCambridge