Financial Transactions with Your Board: Who Is Looking? 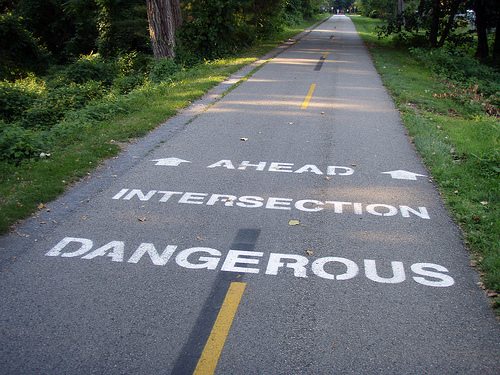 Editors’ note: This article explores an often-overlooked aspect of board behavior whereby boards conduct financial transactions with board members or organizations in which board members have a direct interest. It is largely excerpted from the Urban Institute’s report, “Nonprofit Governance in the United States: Findings on Performance and Accountability.”1

In recent years, policy makers, the media, and the public have increasingly focused on the accountability of nonprofit boards. Legislative reforms have been proposed, nonprofit associations have called on their members to review and strengthen nonprofit governance practices, and the Internal Revenue Service has released “Governance and Related Topics—501(c)(3) Organizations,” which includes a series of good-governance recommendations.2 Accordingly, nonprofits face pressure to become more accountable and transparent to their communities, their constituencies, and the public, which in turn has had a profound impact on nonprofits’ internal discussion about appropriate board roles and policies.

It is critical that both proposed policy reforms and best-practice guidelines be informed by solid knowledge about how boards currently operate and which factors promote or hinder their performance. To help ensure the availability of such knowledge, in 2005 the Urban Institute conducted the first-ever national representative study of nonprofit governance. More than 5,100 nonprofit organizations of varied size, type, and location participated in the study, making it the largest sample studied to date. The survey covered an array of topics but focused on practices related to current policy proposals and debates. This focus is in keeping with one of the Urban Institute study’s primary goals: to draw attention to the links between public policy and nonprofit governance.

In considering nonprofit governance, we have to ask not only whether nonprofit boards have mechanisms in place to avoid malfeasance but also whether they actively serve an organization’s mission. These issues are clearly applicable to the controversial area of financial transactions between nonprofits and the members of their boards of directors, one of the topics covered in the Urban Institute’s broader report.

Financial Transactions between Nonprofits and Board Members

Under the law, board members owe a nonprofit a duty of loyalty, which requires them to act in a nonprofit’s best interest rather than in their own or in anyone else’s. The IRS’s “Governance and Related Topics” cautions that “in particular, the duty of loyalty requires a director to avoid conflicts of interest that are detrimental to the charity.” Against this background, nonprofits’ purchase of goods and services from board members or their companies raises special concerns about whom such transactions really benefit. In a guide for board members, one state attorney general’s office warns that “caution should be exercised in entering into any business relationship between the organization and a board member, and should be avoided entirely unless the board determines that the transaction is clearly in the charity’s best interest.”3

In 2004 a proposal to restrict nonprofits’ ability to engage in these transactions was included in the Senate Finance Committee’s draft white paper but met considerable opposition from some nonprofit representatives. The president and CEO of Independent Sector, for instance, warned that prohibiting economic transactions “could be extremely detrimental to a number of charities. . . . Public charities, particularly smaller charities, frequently receive from board members and other disqualified parties goods, services, or the use of property at substantially below market rates.” The executive director of the National Council of Nonprofit Associations, which is composed primarily of smaller and midsize nonprofits, voiced a similar objection.4 There has also been concern about the impact on nonprofits in rural and smaller communities, where a trustee’s law firm or bank may be the only one in the area.5

But whether public charities should or shouldn’t be allowed to engage in financial transactions with board members, there is agreement that such transactions should be transparent to boards and that policies should be in place to ensure that such transactions are in a nonprofit’s best interest. The IRS’s guidelines are emphatic on this point. They call on boards to “adopt and regularly evaluate a written conflict of interest policy” that, among other things, includes “written procedures for determining whether a relationship, financial interest, or business affiliation results in a conflict of interest” and specifies what is to be done when it does.6 Further, the IRS has instituted a question on its Form 990 asking nonprofits whether they have a conflict-of-interest policy in place.
Results from the Urban Institute’s survey shed light on (1) the scope of such transactions; (2) whether these transactions provide claimed benefits for nonprofits; and (3) how nonprofits’ current practices measure up to conflict-of-interest standards from the IRS and others.

Frequency and Consequences of Financial Transactions

According to respondents’ self-reports, financial transactions between organizations and board members are extensive, particularly among large nonprofits. Overall, 21 percent of nonprofits reported buying or renting goods, services, or property from a board member or affiliated company during the previous two years. Among nonprofits with more than $10 million in annual expenses, however, the figure climbs to more than 41 percent.7 But also note that among nonprofits that say they did not engage in transactions with board members or affiliated companies, 75 percent also say they do not require board members to disclose their financial interests in entities doing business with the organization. In effect, respondents may be unaware of transactions that have taken place.

According to respondents, among the 21 percent of nonprofits that engaged in financial transactions with board members or related companies, most obtained goods at market value (74 percent), but a majority (51 percent) report that they obtained goods at below-market rate. Less than 2 percent reported paying above-market cost.8 Keep in mind too that these are self-reports, so if anything, the figures are likely to underreport transactions resulting in obtaining goods at above-market value or at market value and to over-report transactions resulting in obtaining goods at below-market rate.

Among nonprofits that engaged in financial transactions with board members, small nonprofits were considerably more likely than large ones to obtain goods and services from board members at below-market cost: 58 percent of nonprofits with less than $100,000 in expenses obtained goods or services at below-market rate from a board member, but the percentage drops to a low of 24 percent among nonprofits with more than $40 million in expenses (see figure 1). In contrast, the percentage of nonprofits that received goods or services at market value was more than 70 percent for each size group.9 The percentage reporting they obtained goods at above-market value was less than 3 percent for each size group.10

Substantial variations among respondents do exist by size (see figure 2).11 Larger nonprofits are more likely to have a written conflict-of-interest policy. Among those engaged in financial transactions, almost all nonprofits with more than $40 million in expenses have a written conflict-of-interest policy (97 percent), but the figure decreases to only 30 percent among nonprofits with less than $100,000. Financial disclosure requirements also vary considerably by size. Among nonprofits engaged in financial transactions with board members or associated companies, the percentage that requires disclosure ranges from a low of 18 percent among the smallest nonprofits to a high of 96 percent of nonprofits with more than $40 million in annual expenses. Substantial minorities in the $2-million to $40-million size categories and majorities in all groups of less than $2 million do not require disclosure.

Our findings demonstrate that substantial variations in boards exist among nonprofits of different type. Given that variation, those proposing policy initiatives and good-governance guidelines to strengthen nonprofits should assess the different impact on various types of nonprofits and weigh them carefully. So, for example, our research supports the argument that prohibiting financial transactions with board members would disproportionately hurt small nonprofits.

Our findings show that many nonprofits are engaged in buying or renting goods and services from board members, which sometimes yields savings in terms of below-market rates—but more often, it does not. Our findings do not tell us whether these practices are in the best interest of a nonprofit, but they strongly confirm that this is an important area in which appropriate policies and procedures need to be in place. Smaller nonprofits that engage in financial transactions need to have more formal mechanisms in place to regulate transactions, and larger organizations need to institute practices more frequently in which board members unrelated to these transactions review transactions for appropriateness. Furthermore, research is needed to examine the content of these policies and procedures and whether they are adequate to ensure that transactions do not undermine board members’ duty to act in an organization’s best interest and to help inform policy proposals and best-practice guidelines aimed to achieve that goal.

Francie Ostrower, Ph.D., is a senior research associate at the Urban Institute’s Center on Nonprofits and Philanthropy.

Francie Ostrower, PhD, is Professor in the LBJ School of Public Affairs and College of Fine Arts at the University of Texas at Austin, where she is also Senior Fellow at the RGK Center for Philanthropy and Community Service, and Director of the Portfolio Program in Arts and Cultural Management and Entrepreneurship. She is a past president of ARNOVA.