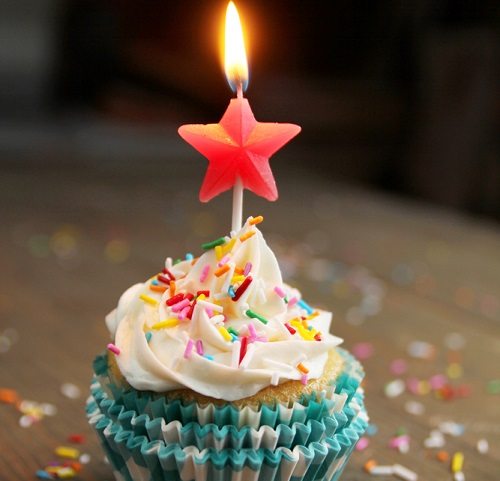 One year later, Lois Lerner’s admissions about IRS targeting of conservative groups’ applications for tax exemption are roiling Washington with no resolution in sight. Not surprisingly, the issue has become political, with neither Republicans nor Democrats distinguishing themselves.

On Friday, May 10, 2013, Lois Lerner, then the Director of the Exempt Organizations (EO) Division of the IRS, answered a planted question from an attorney at a bar association meeting in Washington. The answer to that question, that the IRS had indeed targeted conservative groups seeking tax exemption for their organizations, was promoted by the imminent release of an inspector general’s report.

NPQ has covered the IRS scandal extensively since Ms. Lerner’s revelation. NPQ staff and volunteer contributors have written more than two dozen articles on various aspects of the scandal. The time will come for a detailed chronology of the scandal and its coverage, but here is a brief summary of the events and issues raised to date.

The first issue to deal with is that there is, indeed, an IRS scandal. No one disputes that IRS officials ordered the singling out of applications for tax exemption based on conservative-sounding keywords. Initially believed to be the localized action of the IRS’s Determinations Office in Cincinnati, emails and other documents demonstrated that leadership at the IRS in Washington, D.C. was involved almost from the beginning, including Lois Lerner and the Office of the IRS Chief Counsel.

Subsequent investigation has revealed that the targeting activity was not limited to the IRS. Emails provided to Judicial Watch pursuant to a Freedom of Information Act (FOIA) request confirm that Lois Lerner was in communication with her former colleagues at the Federal Election Commission (FEC) about investigating a conservative group that had applied for tax exemption. In addition, recently released emails indicate that Lerner was working with the U.S. Justice Department to bring criminal charges against conservative nonprofits which she believed had falsified their applications by saying their missions were not primarily political when their expenditures and activities appeared to be political in nature. Just last week, the IRS reported to Congress that donors to conservative groups were ten times more likely than other taxpayers to be selected for audit by the IRS. This is especially significant because the IRS announced last week that it had reduced the total number of audits to be performed by 100,000.

To date, the scandal has focused on Ms. Lerner. She has refused to testify to Congress, citing her Fifth Amendment right against self-incrimination. However, she only took the Fifth after making an opening statement proclaiming her innocence and answering some basic validation questions. Legal opinion is split on whether a person may “take the Fifth” after making a statement, or whether making a statement is a waiver of Fifth Amendment protections. Further clouding the issue is whether Lerner’s voluntary meeting with Justice Department officials several months ago to discuss the scandal confirms her waiver.

To no one’s surprise, interpretation of the scandal has fallen along party lines. President Obama’s initial response was to say, “If in fact IRS personnel engaged in the kind of practices that have been reported on, and were intentionally targeting conservative groups, then that’s outrageous. I’m not going to comment on their specific findings prematurely, but I can tell you that if you’ve got the IRS operating in anything less than a neutral and nonpartisan way, then that is outrageous, it is contrary to our traditions, and people have to be held accountable and it’s got to be fixed. So we’ll wait and see what exactly all the details and the facts are.”

Democrats in Congress, led by Rep. Elijah Cummings (D-MD), the ranking member of the House Oversight and Government Reform Committee, have focused on the lack of evidence tying the White House to the scandal and the lack of evidence of the IRS targeting efforts being politically motivated. They criticize the GOP, especially Committee Chair Rep. Darrell Issa (R-CA), for politicizing the investigation, for selective release of evidence, and for denying the House Democratic minority meaningful participation in the conduct of the investigations. This last point was illustrated in a video showing Issa abruptly ending a committee hearing (after Lerner once again refused to testify) before Democrats could speak.

Denial of a scandal by the Obama administration and congressional Democrats and heavy-handed tactics by congressional Republicans have hindered investigations and become yet one more example of hyperpartisanship and governmental dysfunction. The Justice Department’s lead investigator into the IRS scandal is a “maxed-out donor” to the president’s political campaigns, angering Republicans and providing fodder for accusations of partisanship within the executive branch of government. Interest groups on both sides of the issue use the transgressions of their adversaries to raise funds for political campaigns to come. Many voters are fatigued by talk of scandal without regular bombshells or final resolution.

Meanwhile, the IRS suffers in its efforts to meet its basic mission. The IRS budget has been cut in recent years, yet its responsibilities have been increased. In addition to increased workload specific to nonprofit regulation, it is in the process of assuming significant regulatory oversight related to the Affordable Care Act. It was already facing a “brain drain,” as many of its leaders are nearing retirement and training budgets have been cut to nearly zero. Shortly after the IRS scandal became public in May 2013, the five top IRS officials in the agency’s organizational chart beginning with the IRS Commissioner and ending with the head of the EO Division have all left the IRS. Complying with subpoenas and records requests to date has cost the IRS at least $14 million so far and consumed almost 100,000 working hours by 255 employees.

It’s impossible to know how much longer the scandal investigations will go on or where they will lead. Last week, the U.S. House voted largely along party lines to hold Lois Lerner in contempt of Congress. Meanwhile, the IRS has told the House Ways and Means Committee that it will turn over all of Lois Lerner’s e-mails—something it previously had indicated it would not be able to do for months or years. The IRS scandal story will continue for some time to come and NPQ will continue to cover it. We will also continue to address the operations of the IRS’s EO Division as it faces an inadequate budget, new leadership, onerous investigatory burdens, new and increasing workloads, few training resources, and looming retirements of experienced workers. The IRS scandal is important, and so is the composition of the post-scandal IRS oversight of nonprofits and charities.—Michael Wyland