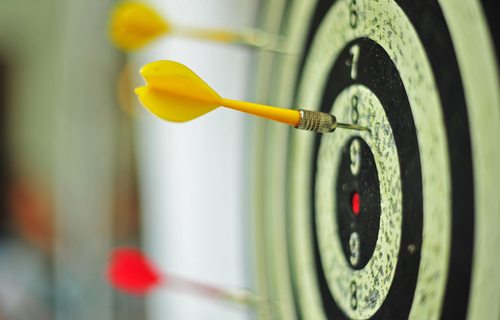 The first Social Impact Bond project in the world, the Peterborough prison effort to reduce recidivism by 10 percent, has encountered a problem: It didn’t meet the 10 percent target for the first cohort of released prisoners and therefore failed to qualify for an early payout for investors. In fact, according to this report from the National Union of Public and General Employees, “the data released this week shows the scheme will come nowhere near achieving what proponents claimed it would when the project was launched.” (“Nowhere near,” it appears, actually was a mere 8.4 percent reduction in recidivism.)

This was an early payout possibility for the investors in the SIB, and they missed it, but investors have the ability to get some payout by the end of the project. While the payout for the first cohort would have been triggered by a 10 percent reduction in recidivism, the payout target for the combined first and second cohorts of released prisoners is only a 7.5 percent recidivism reduction (compared to a national comparison group with characteristics similar to the Peterborough prison short-sentence population). The sponsors of the Peterborough bond apparently quickly emailed a statement that the project was “on track” to meet its targets for a payout to investors by 2016 for the first and second cohorts.

Third Sector’s Stephen Cook notes that the third cohort of the Peterborough SIB was cancelled by the government, as the program is being transformed into a national program under the Ministry of Justice called Transforming Rehabilitation. The new national program is still measurement- and results-oriented like the Peterborough SIB, but as a national program, it will be restructured to be roughly equivalent to what American nonprofits experience as performance-based contracting; participating nonprofits implementing the anti-recidivism projects will be compensated when they reach predetermined performance benchmarks. The process is sort of like a SIB but, as Cook notes, but “without any social investors,” or as we would note, without any private investors anticipating a profit from the program.

Like the reaction of SIB promoters to the news that the third Peterborough cohort had been cancelled, the SIB community is publicly talking up SIBs despite the project’s falling short at its first payment point. But Cook senses something else coming from the SIB promoters’ bleachers. “The overall impression is that everyone concerned is determined to talk up the Peterborough SIB in public, despite qualified success and difficulties over statistics and measurement,” he writes. “In private, some of those involved are much more downbeat about the prospects for replicating what might prove to be a one-off experiment.”

For some observers, the problem posed by SIBs like the Peterborough project is more than the likelihood that they might be simply rather expensive one-time experiments. The fact that the UK government was able to turn the project into a program—minus having to pay a premium to private investors—goes to a point that critics have raised before. If a governmental agency and related nonprofits are going to go through what was needed to structure the Peterborough project, which the National Union of Public and General Employees says took 29 months, including 11 months just negotiating the measures by which success would be determined and the investors paid, why not work on a more broad-based program? That’s time that might be better spent on public policy lobbying to create a more widely available program rather than designing the arcane structure of a SIB for the benefit of private investors tied to one project.

Cook suggests that the biggest question about SIBs might be “whether they will ever fulfill the initial intention of attracting a wide range of investors—not just forward-thinking foundations willing to take risks for the sake of innovation.” In the Peterborough case, 17 charitable foundations invested the £5m to work with the Peterborough prisoners. Charitable foundations can obviously accept little or no financial return on their investments in social programs; they do that through a concept called “grants.” Private investors want a return on their investment—called “profit.”

In New York, the anti-recidivism SIB that has Goldman Sachs as its primary investor is structured to give Goldman a return of more than 20 percent if performance targets are met, and even that wasn’t enough for Goldman. The massive Wall Street firm’s SIB is also the beneficiary of a 75 percent guarantee from Bloomberg Philanthropies. According to the National Union article, the response of the SIB community to the Peterborough outcomes is not one of “acknowledging the flaws in the privatization schemes…[but instead] proposing [that] governments provide incentives or guarantees to encourage people to invest in” SIBs, that is, finding ways to further subsidize SIBs.

Therein lies the real problem. How much are SIBs aimed at solving social problems versus finding new opportunities for private investors to profit from the largesse of taxpayers?—Rick Cohen