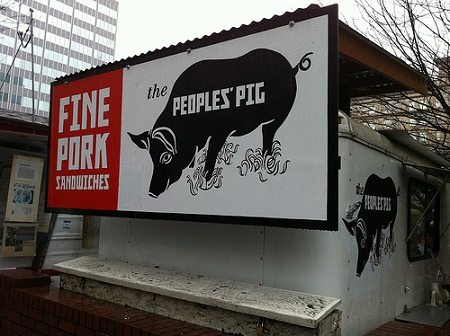 NPQ’s analysis of the fiscal cliff bill noted, briefly, the extension of the accelerated depreciation provision for car racetrack owners, or the so-called NASCAR loophole for racetrack builders. Every special interest advocates for pork in whatever legislative vehicle looks equipped to pull the load. There’s no particular reason for singling out NASCAR over the rich condominium owners and Goldman Sachs that advocated for the extension of tax exempt financing around New York City’s World Trade Center site or the media moguls who plumped for the special expensing rules for Hollywood television and film production.

It’s how the game is played, no matter how portentous the speeches on C-SPAN as lawmakers voted for the legislation. In a way, it is why Vice President Biden was brought into the fiscal cliff negotiations to go head to head with Minority Leader McConnell; the necessity of political acumen to balance off the righteousness of the President’s position that the nation’s top two percent should pay more. President Obama knew what he was getting with Biden’s political bonhomie, no less than Abraham Lincoln in using lobbyist W.N. Bilbo to hold Republicans and recruit a couple of Democrats to vote for the Thirteenth Amendment. Like the 16th president, the 44th has traded political favors in the past, witness the Nebraska compromise to get former Senator Ben Nelson’s support for the Affordable Care Act.

But for NASCAR? The provision for accelerated depreciation on racetracks was only two years old, ostensibly necessary because NASCAR track owners thought they needed the financial help in order to compete with theme parks. Unlike one of our favorite topics in the NPQ Newswire, NASCAR is not tax exempt like the National Football League—or like one of its competitors, the National Hot Rod Association, which is a 501(c)(6) association. NASCAR revenue seems to have plummeted in recent years, one website putting NASCAR revenue in 2011 at $629.7 million, way below revenue numbers typically seen for NASCAR in the mid-2000s, though reportedly NASCAR’s finances have begun to stabilize and recover.

Nonetheless, NASCAR’s losses in attendance and ticket sales and some good lobbying over the years by the likes of former Republican Congressman J.C. Watts’s firm seem to have convinced legislators that NASCAR’s downturn during the recession warranted the stimulus of a $43 to $70 million tax incentive. Add in $430 million in special expensing rules for Hollywood TV and film production, who knows how much in Liberty Zone tax exempt financing for upscale residential and office development in Lower Manhattan, and other multi-million dollar and multi-billion dollar business incentives, and the result is a chunk of the fiscal cliff deal that saves money for a number of corporate special interests.

What galls us, of course, is the fact that while the U.S. is providing huge, revenue-subtracting subsidies to corporate America, there are still looming sequestration cuts on discretionary spending that will have to be addressed by the end of February. Remember what is pending in sequestration cuts, such as $279 million from HUD’s community development fund, $156 million from homeless assistance grants, $82 million from the HOME program, $27 million from housing for persons with AIDS, $14 million from housing for persons with disabilities, $31 million from housing for the elderly. These and plenty of other scheduled budget cuts could have been solved with only part of the billions given away in tax incentives to business. The corporate pork in the fiscal cliff bill that could have been used to fund domestic programs should be a good reminder to nonprofits that their Capitol Hill challenge is going to peak in short order.—Rick Cohen