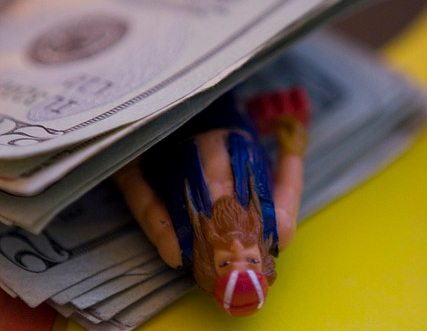 A longstanding lobbying priority of some nonprofits got almost no attention in the fiscal cliff debate: the revival and extension of the provision of tax law allowing individuals 70.5 years old and older to donate up to $100,000 from their retirement funds to public charities without having to absorb a tax penalty. This charitable giving incentive, like the typical giving of taxpayers in the highest income brackets, tends to go to colleges and universities. The last time we saw data on charitable donations from IRAs was for 2008 and 2009, which suggested distributions along these lines:

Only 2.4 percent were social services organizations (23.6 percent were identified as “other”). In another study that looked at IRA charitable rollovers from the last four months of 2006, when this charitable giving incentive first became operational, a survey of 1,468 IRA rollover gifts amounting to $30 million revealed, for example, that 150 of the gifts totaling $2.5 million went to one institution: Harvard University.

Like taxpayers in the top income bracket, the 70.5 year-old retiree who can forego up to $100,000 of his or her retirement fund for charitable giving is likely not facing economic hardship. These givers tend to give to more established charities, not to smaller community-based charities; human services organizations, anti-poverty charities, etc. It is interesting that in reducing itemized deductions by the minuscule level of the Pease amendment (see our analysis here) and in getting the IRA rollover renewed after it had expired a year earlier, charities ended up lobbying for the charitable giving that typically goes to higher end recipients.

Be assured that despite the “saving” of the charitable deduction and the renewal of the IRA rollover in the fiscal cliff legislation, the resource problems of community-based, human service, anti-poverty, and advocacy nonprofits are all but assured to continue—and may potentially get worse if the sequestration cuts go through less than two months from now.—Rick Cohen