Flaws in the Social Impact Bond/Pay for Success Craze 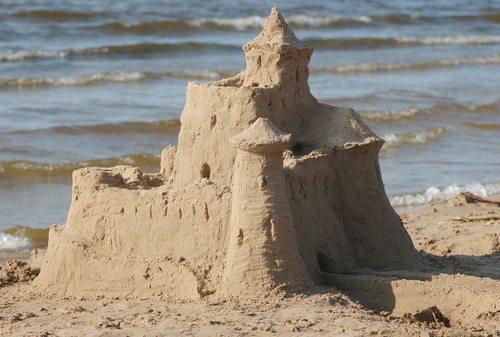 The concept of Social Impact Bonds is definitely taking off, with some big money and very well known supporters (Rockefeller Foundation, Kennedy School of Government, McKinsey, New York’s Mayor Bloomberg, Goldman Sachs, etc.). It’s easy to see why this idea is attractive. If SIBs can deliver more resources and better results, what public official or taxpayer wouldn’t be for it? It is also attractive to nonprofits, which frequently feel undercompensated, need more resources, and blame their limited success on lack of funding. Many organizations see themselves as high-performing, up for the challenge and risk of contingent income based on results, and, as natural scroungers, always looking for new funding channels. Sounds almost too good to be true!

The first, and most famous, “bond” was issued in the U.K. in 2011 to reduce recidivism at HM Peterborough Prison. While it has delivered no reports or results to date (financial or programmatic; those will come in 2014), an extraordinary amount of enthusiasm has been building among consultants, foundations and financial services firms. The second most famous Social Impact Bond was issued by New York City in 2012 and financed a $9.6 million social bond for prisoner rehabilitation, to be overseen by the research organization MDRC and with services delivered by the highly respected nonprofit Osborne Association. Financed by Goldman Sachs, New York Mayor Bloomberg’s personal foundation, Bloomberg Philanthropies, has also provided a $7.2 million loan guarantee to MDRC and to Goldman Sachs.

Although the New York City Social Bond was only announced in August 2012 (again, with no results yet), this helped convince the Rockefeller Foundation to launch a national competition for state and local governments to test the Social Impact Bond approach, which was administered by the Kennedy School of Government at Harvard University. Applications were due February 8, 2013 (three weeks after the competition was announced!) and successful applicants were to be announced in early March of 2013.

My concern is that the two main claims for SIBs, more resources and better results, are admirable but speculative.

The first claim, that Social Impact Bonds will deliver new resources, is based on the idea that legislative bodies will appropriate additional funds based on a projection of future savings. If your organization’s services reduce repeat trips to prison, saving the government money, your organization and its financiers deserve to be rewarded with extra payments from that money made available through reduced expenditures in housing these prisoners.

The argument is a good one, certainly, which is why it is used constantly in every legislative and appropriation process—that this particular expenditure for (early childhood education/crime prevention/sanitary sewers/vaccinations/etc.) is better spent to prevent a problem than to try to remediate it later. Legislative bodies understand this, and often agree; the intended savings across all of these areas are already taken into account in the overall appropriation process.

You can certainly make the case that your particular service is special and new, and has a superior claim to savings, but your ability to get legislative approval is almost certainly a displacement from other funding, not an actual specific addition to total expenditures. There will be new sets of winners and losers, with SIB transactions advanced with persuasive arguments and novelty as a comparative advantage in the competition for resources.

The second claim, superior results, implies that there are two types of services:

In this view, moving funds from the former to the latter is itself a net gain, so that the failure to deliver additional resources doesn’t matter.

However, there are actually no proposed special service innovations for the work supported by the SIBs. Whether it is reducing recidivism, increasing job retention, or preventing homelessness, each service is described as applying effective methods considered current best practices in their field—all publicly known.

Will SIB-financed services produce improved outcomes through the enhanced discipline that’s derived from their participation in the SIB process, with its mandate to pay only for results? It’s an aspiration, to be sure, but there is no evidence to back it up. This high-stakes carrot-and-stick approach is not unlike the expectations inherent to the “No Child Left Behind” education legislation, which had its own heavyweight marketing promotion before dismal unintended consequences set in, including cheating scandals by pressured school administrators throughout the United States.

Which brings to mind Campbell’s Law (after Donald T. Campbell): “The more any quantitative social indicator is used for social decision-making, the more subject it will be to corruption pressures and the more apt it will be to distort and corrupt the social processes it is intended to monitor.”

In fact, the biggest SIB innovation is the transaction itself, and its accompanying financial instruments and intermediaries, not the service method. The total SIB package includes a dose of business incentive to deliver results and make a return, which is seen as absent in the nonprofit sector. It doesn’t hurt that many people view business managers as inherently more effective than nonprofit managers. (After all, how hard can it be to run a nonprofit? All you have to do is make sure that, by the end of the year, you haven’t made a profit!) From this perspective, better results can be presumed.

Debt financing some part of the $250 billion in community services contracted between government and the nonprofit sector under this model will not be an inexpensive or simple set of transactions. The current foundation/consultant enthusiasm stage of SIBs is attracting a heavy dose of financial backing in the form of foundation grants, which are paying for the added costs of measurement/monitoring/certification of results. Beyond the pilot phase with this significant subsidy, SIBs will bear a larger burden to pay for rates of return for bondholders and for the required external services built into its model.

A great deal of creative energy has gone into the promotion of Social Impact Bonds, with striking visions of future payoffs and little discussion of risk. While the intense internal logic to SIBs works conceptually quite well in pilot projects, each implementation will deserve serious scrutiny and transparency, and acknowledgement that results may differ from the promotion.

Jon Pratt is Executive Director of the Minnesota Council of Nonprofits and a Contributing Editor with NPQ. An earlier version of this article appeared in the Good Counsel blog. For elaboration on the model, including the new roles of intermediaries, evaluation advisors and independent assessors, see McKinsey’s webinar and 68 page report.