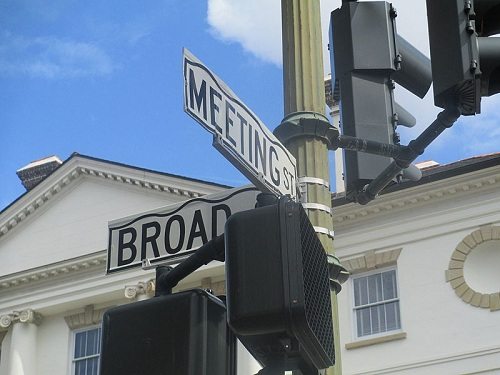 A critical mass is on the verge of coalescing into a self-sustaining hub of culture and commerce in “NoMo,” the upper Meeting Street and north Morrison Drive splinter of Charleston, South Carolina. Its denizens hope to be the next Soho in New York City or San Antonio’s Riverwalk; to be an exciting urban oasis that is hip, green, and affordable. That is the goal of the nonprofit Enough Pie, a fledgling organization banking on its progressive mojo to turn NoMo into a vibrant community that does not forsake its pioneer residents and businesses by pricing them out with trendy neighborhood rents. Enough Pie is leveraging community voices and motivation to turn this urban “handyman special” of post-industrial blight into a happening place. Enough Pie was formed in January and is acting as the fiscal agent of Charleston Regional Alliance for the Arts at least until it is granted legal 501(c)(3) status. Enough Pie is capitalizing on recent openings of eateries, galleries, and other friendly spaces to go a step further through its “Muster Plan,” an action-oriented manifesto distilled from neighborhood voices and acting on their suggestions and dreams. At a recent community meeting, locals called for Enough Pie to continue its inclusivity, a go-between for residents and business, a champion of the arts and education, a facilitator of the type of avant-garde urban development that is becoming the preferred way to live in newly shaped areas. Residents and area entrepreneurs requested less blacktop and more greenery, bike paths, spaces for children, and even light-rail transit. While it might not all happen, Enough Pie, which published its Muster Plan on March 14, seems to have taken the smart path for building up its quarter of Charleston.

Food seems to be at the heart of the Muster Plan. Such recent Charleston establishments as Taco Boy, The Royal American, and the Tattooed Moose have joined veteran area stalwarts Santi’s and Martha Lou’s. GrowFood Carolina, a nonprofit food aggregator and distributor supporting area growers pounded its stake in a year ago. Other innovative types are chipping in to transform the depressed quarter into an ultra-contemporary haven. DwellSmart opened in 2010 in a former warehouse, selling eco-friendly household goods. The same year, the Cone 10 Studios gallery and potters’ workspace opened.

Enough Pie has zero direct revenue, leaning entirely on investors and grants to fuel its well-received mission. This business model keeps Executive Director Chris Burgess, also a part-time arts administration teacher at the College of Charleston, a bit on edge. Burgess hopes that grants will fund further urban development and creative plans. More hotels, condominiums, restaurants, and galleries are sprouting up on a regular basis, so Enough Pie is on solid ground, at least for the moment. “This is the beginning of a dialogue,” Enough Pie board member Kate Nevin told the Post and Courier. “We don’t have an agenda.” Indeed, it’s a no-agenda agenda that seems to be taking hold. Watch out world, NoMo may be the Next Big Thing. –Louis Altman