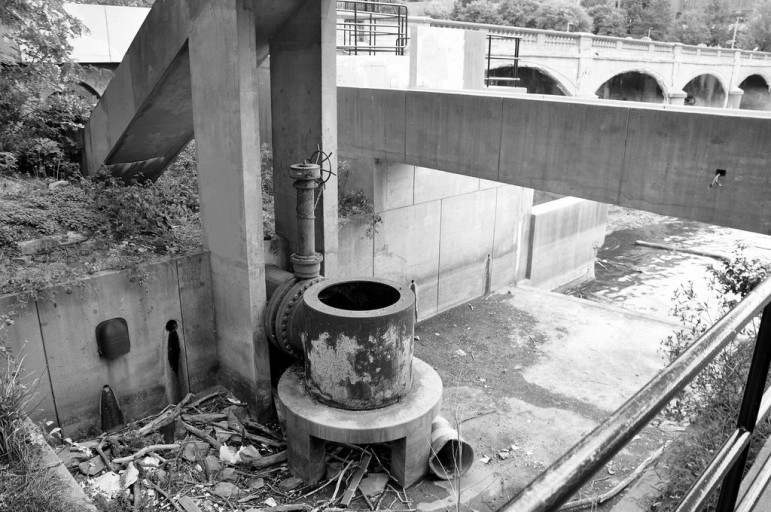 “The investigation into how this happened needs to be done with the utmost transparency. Secrecy is a serious problem in Michigan, as a major report from the Center for Public Integrity revealed last month. It finished dead last among 50 states for openness in government, with particularly bad marks for poor or non-existent public disclosure laws. A political landscape shrouded in darkness is especially disturbing as Michigan has ventured into a significant experiment with emergency management, which is a mechanism where state appointees take the helm of struggling jurisdictions.”

—“Where Can A City Turn When the Water Turns Poisonous?” Next City, December 4, 2015

In Flint, Michigan, home to 100,000 largely low-income and majority African American residents, Mayor Karen Weaver has declared a state of emergency based on the number of children with above-average levels of lead in their bloodstreams.

Since the city began using the Flint River as its water source in 2014 to save money against a more expensive option while a larger more permanent transition was made, the proportion of lead in the bloodstreams of local children has almost doubled. This presents both an immediate and long-term generational public health crisis of as yet unknowable proportions. High lead levels, of course, can affect the intellectual and behavioral development of infants and children and can cause anemia, hypertension, renal impairment, immunotoxicity, and toxicity to the reproductive organs. These effects are often irreversible.

Flint residents have been complaining about the water since April 2014 when the switch was made, saying that it was not clear and that it smelled foul. But it turns out that state and local officials knew that the risk of lead contamination existed in 2013 before the switch was made. The city elected not to pay for the pricier option of drawing its water from Detroit, nor did it pay to add phosphates to the Flint River water to prevent pipe corrosion and the subsequent lead contamination in some homes, though the necessity for this step was laid out in a 2011 report commissioned by the city.

City and state officials at first said the water was safe, but then the state informed Flint residents that their water contained unlawful levels of trihalomethanes, which are linked to cancer. Residents protested but were told to boil their water and then given water filters to deal with any subsequent problems. The extraordinarily high levels of lead in the blood of local children were confirmed in September by researchers at Virginia Tech University.

On October 8th, Governor Rick Snyder said he would produce the money to switch Flint back to the Detroit system. Though the change was made on October 16th, parts of the water system are said to still be contaminated. Residents have long been advised against drinking the water, which is hard on low-income people, and some are concerned about risks of contamination regardless of whether the water is consumed or not.

FEMA is sending 28,000 liters of bottled water to be distributed through food banks and shelters. But the children of Flint have long since been overexposed, and in November, Flint residents, supported by the ACLU and NRDC, filed a class-action federal lawsuit against Snyder, the state, the city and 13 other public officials, alleging that the city and state officials have deprived them of their 14th amendment rights.

“For more than 18 months, state and local government officials ignored irrefutable evidence that the water pumped from the Flint River exposed [residents] to extreme toxicity,” the complaint reads. “The deliberately false denials about the safety of the Flint River water was as deadly as it was arrogant.”

The ACLU’s statement on the action reads,

Residents of Flint, together with the ACLU of Michigan and the Natural Resources Defense Council, today announced their intention to sue state and city officials for ongoing violations of the federal Safe Drinking Water Act amid the city’s widespread lead-contamination crisis. A lawsuit would force officials to address repeated, systemic failures to follow federal rules designed to protect the public health from dangerous levels of lead exposure.

“In their short-sighted effort to save a buck, the leaders who were supposed to be protecting Flint’s citizens instead left them exposed to dangerously high levels of lead contamination,” said Michael Steinberg, legal director for the ACLU of Michigan. “Not only were the city and state’s actions harmful and misguided. They were illegal, too.”

Weaver, who was not in office when the problematic decisions were made, is seeking help from the federal government to address the “irreversible” effects of the lead including a greater need for special education, mental health services, and juvenile justice costs.

For his part, Gov. Snyder, through his office, has expressed disagreement with parts of the suit, but agrees that “Flint residents need to have access to safe, clean water.”—Ruth McCambridge