Florida and Texas Say Both “Yes” and “No” to Medicaid 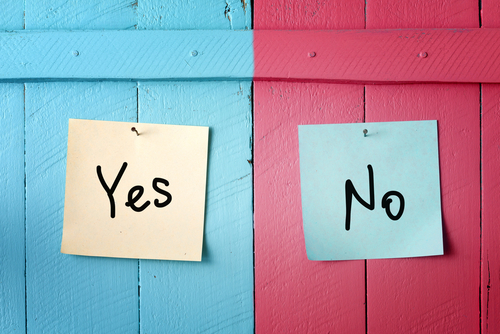 Rather than expand eligibility for their Medicaid programs, as authorized in the 2010 Affordable Care Act (ACA), Florida and Texas are fighting to receive billions of dollars of Medicaid funding under a separate provision.

When passed in 2010, the ACA required all states to expand Medicaid eligibility to include nearly all low-income individuals with incomes at or below 138 percent of the poverty level ($27,724 for a family of three). This would provide a mechanism to spread coverage to those who earned too much to qualify under the traditional Medicaid rules and too little to qualify for subsidies to offset the costs of private insurance policies. But in 2012, the U.S. Supreme Court in National Association of Independent Business v. Sebelius struck down this requirement and left the decision on Medicaid expansion to the discretion of each state.

Faced with the impact of providing uncompensated care for those unable to pay for necessary medical services, nine states that chose not to expand Medicaid did receive funding to offset uncompensated care costs by using a portion of the Medicaid program designed to help states experiment with new and more effective approaches to providing medical care for their most at-risk citizens. Leighton Ku, director of the Center for Health Policy Research at George Washington University, said Section 1115 waiver programs allow states to “substantially modify their Medicaid policies and finances, provided that the purposes still serve the underlying purpose of Medicaid and do not cost the federal government more than it would have spent otherwise.”

Under this framework, Florida and Texas were the largest of the nine states which created uncompensated care pools to help healthcare providers—primarily hospitals—defray the costs of care not paid for by insurers or individuals. The federal government has informed Texas that it will not continue funding beyond September 30, 2016, and Florida that it will phase out funding over two years. These programs were never meant to be permanent, but in Texas and Florida, they have been counted on as part of the foundation of the state’s medical care program.

To date, the political leadership of both Texas and Florida has been adamant in their shared refusal to expand Medicaid and continued desire to receive a different form of Medicaid funding. As reported in the Texas Tribune, “Following news that billions of federal dollars for hospitals could be in jeopardy if the state does not expand its public health insurance program to cover more low-income Texans, Gov. Greg Abbott reiterated his opposition to Medicaid expansion.” Governor Rick Scott of Florida, on the other hand, has chosen to sue the federal government, asserting that the refusal to continue the state’s Section 1115 waiver is meant to coerce the state into expanding Medicaid.

The health of more than 1.5 million Texans and over 800,000 Floridians hangs in the balance, along with the fiscal health of hundreds of hospitals. In fiscal year 2013, the most recent year for which data is available, more than 300 Texas healthcare providers received a combined $3.9 billion for uncompensated care by way of the 1115 waiver. Local funds made up roughly 40 percent of that total, with the rest supplemented by the feds. In Houston, about 64 percent of the patients of Harris Health System received charity care or were “self-pay”—“a euphemism for no-pay,” according to HHS president and CEO, George Masi. (The Harris Health System, which includes three hospitals and dozens of community health centers and school-based clinics, had in 2013 a client base which was 57 percent Latino and 26 percent African-American.) The Tampa Bay Times calls Miami’s Jackson Memorial Hospital “by far the largest recipient of [low-income pool] money. Tampa General Hospital, All Children’s Hospital in St. Petersburg, and Broward Health also are big recipients.” They stand to lose $731 million this year in payments.

Across America, almost six million Americans fall into the coverage gap that Medicaid expansion was meant to fix. “If you don’t ever move to coverage, where are you going to get the money from?” asked Ken Janda, president and CEO of Community Health Choice, a Houston-based health plan. 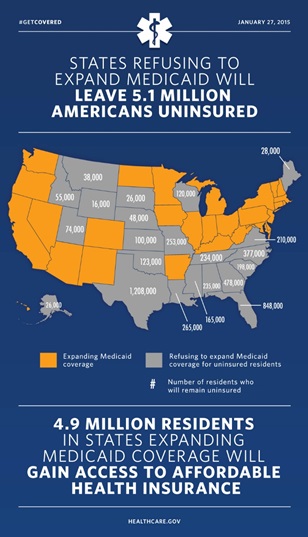 This is the question now facing each of the 22 states that have not yet expanded their Medicaid programs, and a question of great interest to those millions who are employed yet still unable to afford healthcare, and to the hospitals that will be required to serve them.—Marty Levine

An earlier version of this article made multiple references to “Medicare.” NPQ would like to clarify that these were production errors, and apologizes for any resultant confusion. As was clarified by the author, “The funding under the waivers is used to reimburse hospitals and other healthcare providers for uncompensated care. The mechanisms for these reimbursements are set by each state and differ from state to state. There are currently separate challenges underway to the lack of transparency to the state programs.”