Focus on “The Lens”: Nonprofit News Site Having a Tough Go 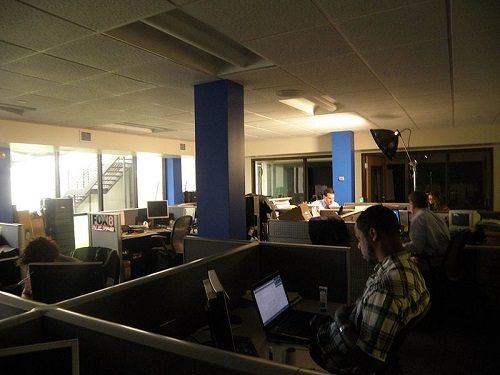 In New Orleans, nonprofit news site The Lens has run smack into the most obvious of potential problems with the philanthropic funding of most such sites: a major donor’s displeasure and the limits of foundation funding. Many nonprofit news sites, of course, know these dangers only too well and recognize that they are in a race against time to build diverse, renewable income to sustain them even when one or a few donors desert them. But building a news business model is a moving target, sensitive as much to local realities as to the business modeling and implementation skills of the group, all done on the fly as the whole industry changes.

Since December, The Lens, which has an annual budget of $700,000, has put its Charter School Reporting Corps “on hiatus,” laid off three employees, pulled its reporter on the state government beat, and ended the publication of a popular daily roundup of the news affecting New Orleans.

Editor Steve Beatty revealed to the Neiman Lab that a major donor opted out of a pledge that the group had been counting on at the same time that a national foundation’s funding came to its expected end. All of that, according to Beatty, “resulted in a significant drop in our revenue that we just weren’t able to completely bounce back from in time.”

And, of course, all things are not equal in terms of the funding to capitalize the growth of audience and revenue. “We don’t have quite as deep a well of philanthropy as other towns might,” Beatty said. “Some of our peer organizations are flourishing in San Diego, Berkeley, Austin, and Minneapolis, places I think might be a little better off in terms of people who can pay for the news they value.”

So now The Lens, with a reduced staff, must ramp up its earned revenue and fundraising activities on a starvation diet. It must attend to building individual memberships while pursuing other foundation and donor support, trying to launch a program of commercial sponsorships, and attempting to craft a deal with local media outlets to buy Lens-produced content.

The Lens is also considering more unconventional revenue sources, such as furthering its relationship with WWNO, New Orleans’ public radio station—even considering something close to a merger. In St. Louis, the Beacon, another nonprofit news site, merged with St. Louis Public Radio last year. Beatty says that he is open to potentially replicating that in New Orleans, but so far there have only been conceptual discussions about the possibility and nothing has been decided. The Lens and WWNO have produced stories together and have also received a joint grant from the Knight Foundation.

Despite all of this, The Lens still manages to finds time for journalism. Just last week, The Lens partnered with ProPublica to produce a powerful report on the erosion of the Louisiana coastline.—Ruth McCambridge