Forbes’ Frezza: Millions “Make A Living Off…Misery” Of the Poor 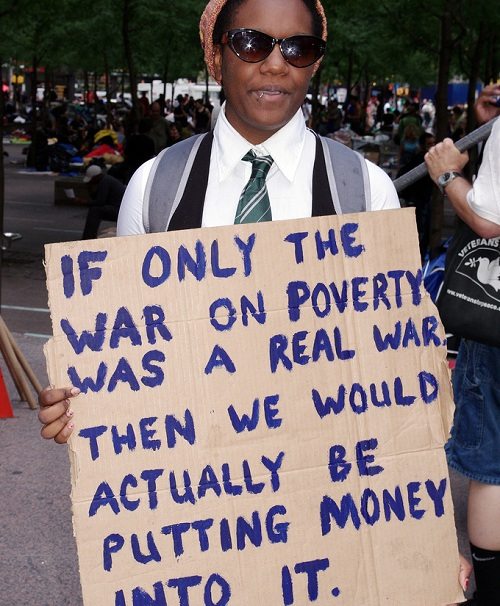 Bill Frezza’s column for Forbes bears the tagline, “I chronicle the decline and fall of entitlement democracy.” Based on his most popular columns, Frezza is comfortable with aggressive positions, including predicting the demise of public sector unions in the wake of Wisconsin Governor Scott Walker’s victory and predicting Romney’s election victory over Obama due to events such as the Supreme Court’s “evisceration” of national health insurance reform and the street violence of Occupy Wall Street protesters—though that last column reads like it could well have been satire, despite Frezza’s virulent antagonism toward anything Obama.

His April 16th column attacks “poverty professionals” and the “love” they receive from “crony capitalists.” Since many nonprofits provide assistance to the poor, he is characterizing not only “the marriage of convenience between the financial services industry and federal bureaucrats,” but the nonprofits that are often part of the federal anti-poverty delivery system. Frezza says that “a panoply of federal welfare programs [have] expanded and multiplied to the point where they now consume one-sixth of the federal budget—some $588 billion,” without counting, he says, unemployment benefits, Social Security, or Medicare. He describes the “War on Poverty” as “the longest and least successful ‘war’ in American history, with no sign of stopping.”

Given the lack of success of federal anti-poverty programs, Frezza argues that the interests supporting these program include “entrenched bureaucrats” who receive “good pay and benefits…to do all this poverty fighting.” He suggests that government policy makers expand these programs because they believe that “expanding welfare programs creates economic vitality,” and firing “all those people who make a living giving away chunks of your paycheck” to find jobs in which they would “do something productive instead” would, according to Keynsians, lead the nation into “austerity [that] will drive us into a depression.”

In fact, Frezza’s argument, while not particularly friendly to the “government employees who profit from this growing sector of our distorted economy,” criticizes other interests that are intended to benefit from anti-poverty programs—such agricultural interests that advocate for food stamps and foreign food aid and electronic card processors such as J.P. Morgan and Affiliated Computer Services that make money from Electronic Benefit Transfer (EBT) cards. Those are the major examples of the crony capitalists that Frezza targets, but he implies other programs also benefit “the myriad civil services and wing-tipped bankers who dole out benefits.”

Frezza suggests that the marriage of federal anti-poverty bureaucrats and big business sounds like something from The Onion, America’s (and our) favorite satirical newspaper. His own column could well be drawn from The Onion as well. But we suspect that there are many more people who believe, like Frezza, that there is an industry of bureaucrats, nonprofits, and businesses allied with little or no interest in eradicating poverty, but with maintaining themselves to profit from the War on Poverty.—Rick Cohen