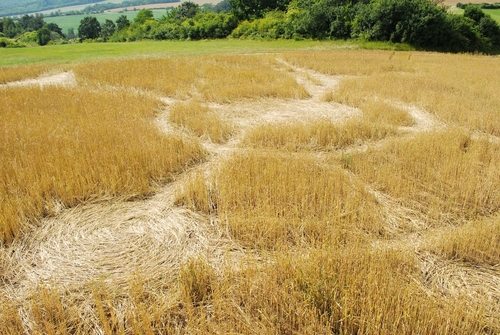 Sitting members of Congress are able to find almost anything as a subject for a hearing—remember the well-attended steroid hearings to grill baseball players Rafael Palmeiro and Mark McGwire—but in this case, it’s former members of Congress who have taken up the cudgel of the public interest. Senator Mike Gravel (D-AK), Rep. Lynn Woolsey (D-CA), Rep. Carolyn Kilpatrick (D-MI), Rep. Darlene Hooley (D-OR), Rep. Roscoe Bartlett (R-MD), and Rep. Merrill Cook (R-UT) are holding an all-day hearing at the National Press Club on the possibility of extraterrestrial visitations. Most assuredly, despite the generous compensation they are each receiving for their one day of work, these former lawmakers were all probably on top of this issue throughout their careers, right?

U.S. News and World Report says that the sponsor of the meeting is the Citizen Hearing Foundation, aiming at uncovering the federal government’s “truth embargo” that has allegedly covered up alien contacts with humans. The Citizen Hearing Foundation’s tagline is, “If the Congress won’t do its job, the people will.” On its webpage, it describes the hearing not as a one-day event, but five days of morning and afternoon sessions taking testimony from a bevy of witnesses. So perhaps the ex-lawmakers will earn some of their $20,000 honoraria plus downtown DC hotel accommodations.

According to the Guardian, among the visitors to the show was Nation of Islam leader Louis Farrakhan. Despite the presence of Rev. Farrakhan and his phalanx of guards, the most significant person to testify may be Dr. Edgar Mitchell, who unlike the others on the witness list, has actually been in space and in 1971 became the sixth man to walk on the moon as an astronaut on the Apollo 14 mission.

But what gives this gathering “credibility” is the presence of the former members of Congress, even if some, like Rep. Bartlett, already think that there is evidence of extraterrestrials in the Bible. (The book of Job, to be precise. “It’s all there,” he says.) There’s no question that some of the people at the mics and in the room may be seen as kooks and cranks by many. Having these former elected officials hearing the testimony gives the “pseudo-hearing” (Kilpatrick’s term) some “pseudo-gravitas.” Aside from Bartlett, what motivates the others to lend their reputations to this show?

Gravel actually has a long history of fighting against government cover-ups, having been a leader in fighting the White House over the disclosure of the Pentagon Papers in 1971 and now, as a retired senator, defending Bradley Manning and questioning the official explanations of 9/11. Woolsey explained, “I am here because I believe in transparency.” Asked if she would talk about the hearing after its conclusion, she answered, “maybe.” That about says it all.—Rick Cohen