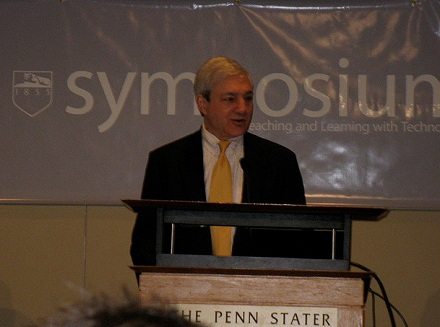 At a press conference yesterday, Pennsylvania Attorney General Linda Kelly explained that the charges stem from an alleged conspiracy by Spanier, former University Senior Vice President for Finance and Business Gary Schultz, and former Penn State Athletic Director Timothy Curley to conceal instances of alleged sexual abuse committed by Sandusky in 1998 and 2001. According to Kelly, the indicted former Penn State officials failed to report the suspected abuse to authorities at the time and also dragged their feet in response to a December 2010 subpoena by the grand jury investigating Sandusky, not producing relevant files and documents until April of this year, “after these men had left their jobs.”

Schultz and Curley, previously indicted and scheduled to stand trial in January, were indicted yesterday on additional charges, reflecting their alleged participation with Spanier in the alleged conspiracy. Kelly refused to speculate on whether Schultz and Curley would be tried as scheduled in January, but expressed the opinion that all three defendants should be tried together to reflect what she sees as the nature of the alleged conspiracy.

Kelly refused to speculate on whether Joe Paterno, the former Penn State head football coach who passed away in January and whose victorious record was ripped to shreds by the scandal, would have been charged were he still alive. “He is deceased and that’s the end of it,” she told reporters. The Office of the Pennsylvania Attorney General released a statement and a link to the new grand jury report that may be found here. NPQ will continue to monitor this case, which, as we have previously noted, contains a number of lessons for nonprofits about accountability and the importance of active board oversight, among other issues. –Michael Wyland