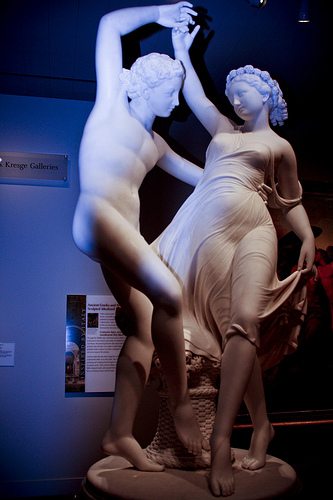 “It makes no sense to run in place alone when you can grab the hand of a like organization and move forward together. Smaller arts organizations will really find coming together to pool their resources is going to benefit them tremendously. I think this is the future because we all want to survive and continue making our work.” So says Michelle Kranicke, the artistic director of one of four dance companies that have joined together in Chicago to share resources for marketing and audience building.

The four local nonprofit dance companies—Dance COLEctive, Hedwig Dances, Same Planet/Different World Dance Theatre, and Zephyr Dance—each have budgets of less than $250,000 a year and each is headed by a one-woman leader. In 2012, they formed FlySpace to “raise the collective visibility of all four companies and,” according to Kranicke, “to raise the visibility for contemporary dance in general in Chicago.”

“We perform in smaller venues or lesser-known venues, and trying to get that word out can be really challenging,” Kranicke tells Crain’s Chicago Business. “Four voices can really elevate.” FlySpace has combined databases and will use the resulting comprehensive database to encourage patron crossover between dance companies.

The women believe that they are piloting a model that is the future for many arts organizations. While acknowledging that the motivation was forced upon them by the economic downturn, one of the leaders commented, “I can’t say enough about how valuable it is to sit at a table with a sophisticated, intelligent group of artists and arts administrations who are not only making dances but coming up with ideas to creatively support our businesses.”

NPQ has covered such collaborations among arts groups previously, as in this newswire on Detroit Chamber Winds and Strings. We would love to hear any similar stories you may have, either in the comments section below or perhaps in an article for us. –Ruth McCambridge