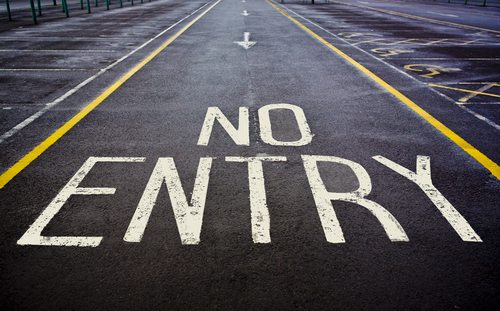 Twitter has used its country-specific censorship tools for the first time, banning the neo-Nazi group Better Hannover from Twitter in Germany in response to a request from local officials in Hannover, Germany. The neo-Nazi group has used its web presence to spread discriminatory and racist remarks, advocating for the upheaval of democracy. Hannover police sent in the proposal, saying the organization’s content is illegal within the country. The letter, sent in late September, urged Twitter that Better Hannover’s “accounts in social networks have to be closed immediately.” In response, Twitter didn’t shut down the group’s account internationally, but did shut it down within Germany.

After the ban was enacted, Twitter General Counsel Alex MacGillivray tweeted, “Never want to withhold content; good to have tools to do it narrowly & transparently,” with a link to the letter. The Anti-Defamation League (ADL) was critical of Twitter’s decision, particularly as the trending #agoodjew hashtag provoked a whole slew of anti-Semitic tweets in France. ADL argues that the social network needs to be more proactive in preventing racist and hateful speech.

It goes without saying that the Internet is not always a blissful place filled with politically correct content; it can often be controversial and outright offensive. But to begin censoring subject matter on Twitter, even subject matter widely seen as offensive, may diminish online freedom of expression. In September, CNN reported on a study by Freedom House, “Freedom on the Net 2012: A Global Assessment of Internet and Digital Media,” which documented online content restrictions and threats to Internet freedom that are emerging in countries throughout the world. Will Twitter still be able to serve as a crucial tool for democratic activism in countries like Egypt and Libya, as it has in the past? Or will censorship begin limiting its global impact? –Aine Creedon