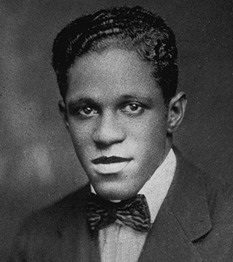 During the past few years, athletes of various races and ethnicities have come to criticize pro teams with questionable (to put it mildly) behaviors on issues of race. Consider the Los Angeles Clippers before their sale by Donald Sterling or the Atlanta Hawks after the racially tinted emails of owner Bruce Levenson. Recall, if you will, the actions of the St. Louis Rams, with their “hands up, don’t shoot” demonstration at a game, or NBA superstars like LeBron James, Kobe Bryant, and Derrick Rose, who wore “I can’t breathe” T-shirts in honor of the slain Eric Garner. Finally, this may be extending to concerns about the name of the Washington NFL franchise.

This week, John Woodrow Cox and Mark Maske of the Washington Post reported that leaders of the Fritz Pollard Alliance tried and failed to have a conversation with owner Daniel Snyder in August about the team’s name, which belittles Native Americans. According to Maske and Cox, leaders of the Alliance said that they were “shouted down by the executive director of the foundation [Snyder] created to help Native Americans.” While the reported actions of the head of the Original Americans Foundation are no surprise to us, as it seems to us to exist primarily to shield Snyder against criticisms about the name of the team, it seems to have stunned the Alliance, which chose Martin Luther King Jr. Day to release the information.

Why care about the Fritz Pollard Alliance? Partly because unlike the primary critics of Snyder’s maintenance of the demeaning team name, the Pollard Alliance is not a Native American advocacy organization and is not disconnected from sports. In fact, the Alliance is an integral part of the National Football League’s putative efforts of in recent years to narrow the gap between the demographics of the players, predominantly black, and the team owners, general managers, and coaches, overwhelmingly white.

The Alliance was created in 2003 as an affinity group of the NFL in response to a groundbreaking report coauthored by famed lawyer Johnnie Cochran that detailed the obstacles that deterred the hiring and promotion of black coaches. The NFL adopted what was called the “Rooney Rule,” named after Pittsburgh Steelers owner Dan Rooney, which required NFL teams to interview at least one minority candidate before hiring a new coach. There is significant debate as to whether the Rooney Rule, which applies to head coaches and senior football operations jobs, is really working or is simply a hurdle that teams like the Washington franchise must vault in order to continue their practice of white hires—in Washington’s case, replacing Mike Shanahan with Jay Gruden in 2014, or more recently, when the team conducted a pro forma Rooney Rule interview with Rod Graves of the New York Jets before hiring Scot McCloughan, the guy they wanted all along, as general manager.

The statistics, while improving, aren’t particularly stunning regarding minority leadership among the 32 NFL teams:

Nonetheless, the Alliance, an incorporated nonprofit, has standing and credibility with the NFL, making its statement against the racially insulting name of the Washington team noteworthy. Apparently, the Alliance had asked one of its attorneys, American University law professor N. Jeremi Duru, to examine the controversy concerning the team name. Contrary to the position of Snyder and his team that the team name was just fine, Duru said, “My research found that it was quite reasonable to be offended by its use.” Another Alliance lawyer, Cyrus Mehri, who was the co-author of Cochran’s report, said that in a meeting with the League, “I made the point that this is bad for the league, and Jeremi made the point that Native Americans have a legitimate argument,” but the NFL didn’t take any action.

In July, according to Cox and Maske, the Pollard Alliance met with Jacqueline Pata, the CEO of the National Congress of American Indians, and Ray Halbritter, from the Oneida Indian Nation, who described the impact of the name on Native Americans, particularly young people. To the Alliance representatives, it sounded like the impact of the N-word—“the same pain,” according to Mehri.

The meeting with Snyder, team president Bruce Allen, and Gary Edwards, the head of the Original Americans Foundation, didn’t go well. This is how the Post reported the story:

“‘Every time we tried to speak, this guy Gary Edwards exploded,’ said Mehri, who has also worked an NFL consultant. ‘It was really hostile. And it was jarring, because it was so out of place.’

“When [Fritz Pollard Alliance executive director and former New York Giants and Hall of Fame linebacker Harry] Carson brought up the issue, Edwards fired back, asking what Carson, who is African American, would want to be called.

“‘I want to be called a man,’ Carson recalled saying.

“Edwards, a Cherokee and retired deputy assistant director of the Secret Service, was so disruptive that Fritz Pollard officials said they never had the chance to ask Snyder if he would meet with activists.

“‘At some point, we just gave up talking,’ Mehri said. ‘It was clear they were not in a frame of mind to even hear the words we were saying.’”

Months later, in December, Carson approached Allen while both stood on the sidelines at the Washington team’s game against the New York Giants at MetLife Stadium. According to Cox and Maske, “Allen, [Carson] said, told him that the name controversy was no longer relevant, as it had become little more than a tool lawmakers used for political gain.”

Nothing about Snyder, Allen, or Edwards is surprising in this story—except that Edwards is supposed to be the head of a philanthropic foundation, not someone who shouts down critics of the team’s racially controversial name. It isn’t quite what one would expect from a foundation executive, but in this instance, as in all other instances concerning the team’s putative foundation, the foundation community has yet to call out the team, the organization, or the foundation’s executive director as acting contrary to principles of American philanthropy.

Fritz Pollard Alliance executive director Harry Carson and chairman John Wooten, a former lineman who played for the Cleveland Browns and for the Washington team, are revered among NFL players. Later this month, the Alliance will be honoring a number of NFL coaches and executives selected as winners of the Johnnie L. Cochran Salute to Excellence Awards: Mike Tomlin, head coach of the Pittsburgh Steelers; Marvin Lewis, head coach of the Cincinnati Bengals; Jim Caldwell, head coach of the Detroit Lions; and Ron Rivera, head coach of the Carolina Panthers, all teams that made the playoffs. No Washington team senior executive or head coach will be getting a Cochran award; of course, none of them are persons of color, and they all work for a team whose name disparages Native Americans.—Rick Cohen