From Disaster Aid to Housing, Sequester Will Hit Communities Hard 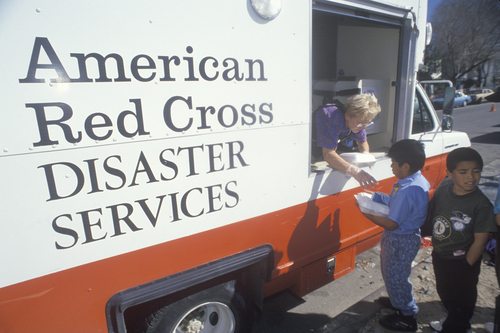 Can you put your head around this? After the struggle to get Congress to reluctantly pass a bill of $60.2 billion in Superstorm Sandy relief assistance, the devastated shoreline communities of New York and New Jersey are going to lose $2.9 billion in Sandy relief due to budget sequestration. The sequester only affects funds that have not been expended, including $1 billion from FEMA’s disaster relief fund and $1.9 billion from transportation repairs, flood mitigation projects, and community development block grants (CDBG).

The CDBG dollars are particularly important for the homeowners and businesses that didn’t have sufficient (or any) flood insurance to pay for needed repairs. As U.S. Rep. Rob Andrews (D-N.J.) noted, “This means that if a town was supposed to get $1 million to rebuild, they will get $930,000. This means that towns that are totally without a tax base and are having a tough time rebuilding are going to have an even tougher time.” Explain sequestration to the residents of the Rockaways in New York or Seaside Heights in New Jersey. In some of these localities, a seven percent cut in CDBG funds could well translate into losses for homeowners, renters, and small businesses.

Cuts in CDBGs hit all kinds of communities, not just Sandy disaster areas. Last week, Marlborough, Mass. Housing Director Doug Bushman told the city’s Community Development Authority that he would have to figure out how to handle a seven percent cut in the housing voucher program, saying the decision could amount to a reduction in money given to landlords across the board or perhaps a need to make cuts to the community’s 135 vouchers.

Explain sequestration to the 5,500 households in Tucson, Ariz. that depend on housing vouchers. The expectation is that as many as 250 families could lose their vouchers. A spokesperson for Tucson’s Housing and Community Development Department, Andrea Ibanez, suggested that the city might be able to “float enough funds internally” so that renters wouldn’t lose their vouchers until May.

Explain sequestration to those in Orange County, Calif., where local officials are simply confused and uncertain about what is going to happen as a result of sequestration cuts. Explain it to county officials in Mohave County, Ariz, who are unsure about the scope of housing and community development cuts or how they might reduce services as a result. From the residents of the Rockaways to housing voucher recipients in Tucson, the one certainty is a reduction in federal resources for critical housing and community development needs. Will these cuts bring the U.S. economy to a grinding macro-halt? That’s not clear, but for the residents who might find themselves paying more for housing or losing support services, the impacts will be real and painful.—Rick Cohen