From the Lancet: The Case for Ridding the Globe of Smoking 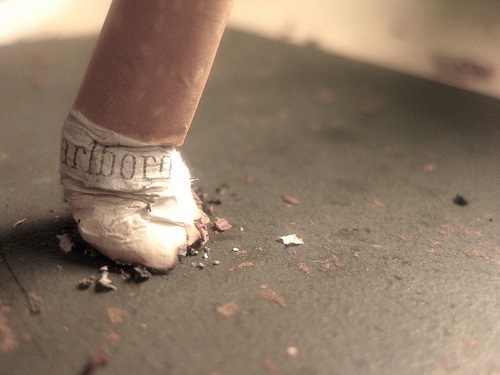 The UK’s old and famous medical journal, The Lancet, just about always has a feature article or series that connects the world of medicine and healthcare to broader social policies. This issue of The Lancet features three articles on ridding the world of tobacco use, prompted by the 10th anniversary of the WHO Framework Convention on Tobacco Control. Undoubtedly, many American readers look at big UN goals as somewhat ephemeral, high-minded statements written in bureaucratese that UN members adhere to or ignore at their pleasure—for example, the eight Millennium Development Goals to “eradicate extreme poverty and hunger,” “achieve universal primary education,” empower women, and more. But eliminating tobacco is achievable and makes complete sense in many ways.

There are few remaining free market defenders of tobacco use, given the demonstrated deleterious health effects of tobacco on its users and innocent bystanders. According to The Lancet, “A tobacco-free world by 2040, where less than 5 percent of the world’s adult population use tobacco, is socially desirable, technically feasible, and could become politically practical.” In this issue of the magazine, three articles delve into what is actually happening in the campaign for a tobacco-free world.

John Britton from the UK Centre for Tobacco and Alcohol Studies presents a devastating analysis of the immensely tragic impact of tobacco use in the 20th century, causing the deaths of 100 million people, and the projected impact in the 21st century, potentially killing 1 billion people. Describing the global trends in tobacco use, Britton concludes:

“Driven by the financial heft of transnational tobacco companies with a combined income higher than most individual countries, built on a business model of peddling an addictive product to children and young people, and sustained by practices that prioritize corporate profit over health, the current global epidemic of smoking represents a triumph of corporate self-interest over human wellbeing.”

Prabhat Jha of the Centre for Global Health Research in Toronto picks up on Britton’s theme that the problem of smoking has shifted or intensified in middle-income and lower-income countries. “Smoking cessation is now common among adults in high-income countries but remains uncommon among adults in many low-income and middle-income countries (LMIC) where most smokers live,” Jha writes. “Epidemiological studies show that regular smokers face a three-fold higher risk of death than otherwise similar non-smokers, leading to a loss of at least one decade of life. Smoking hazards accumulate slowly but cessation is effective quickly: quit by age 40 years and get back nearly the full decade of life lost from continued smoking; quit by age 50 years, get back 6 years; quit by age 60 years, get back 4 years.” He suggests that the best way of making progress on the WHO’s goal of cutting tobacco usage by 30 percent by 2025, given the usage in LMIC countries, particularly China (which consumes 40 percent of the world’s cigarette production), is through tripling tobacco excise taxes, supported by non-price interventions to build political support for tobacco eradication. He predicts that a tripling of excise taxes would raise the retail price of tobacco by 100 percent, which would reduce usage by 40 percent. In light of the focus of excise taxes on LMIC countries, Rong Zheng of the University of International Business and Economics in Beijing and Jidong Huang of the University of Illinois in Chicago explored the question of whether a proposed excise tax scheme would unfairly impact the poor, since 300 million smokers are in China, and concluded that the increase in health benefits offsets the additional tobacco costs.

Tobacco is one of the many issues that most nonprofits think is “not theirs.” It’s the purview of nonprofits dedicated to eradicating smoking, the way 300 million privately owned guns in America is the province of the nonprofits that that focus on gun control. That’s an exceptionally narrow, atomized view of the nonprofit sector. Many nonprofits have a role to play in warning about the risks of smoking, yet fall prey to playing roles in the corporate social responsibility schemes of Big Tobacco. The NPQ Newswire has already written about the embarrassing role of the American Red Cross in the corporate social responsibility schemes of companies such as R.J. Reynolds, Altria, and Lorillard. The World Health Organization made the point clearly in a report titled, “Tobacco industry and corporate responsibility…an inherent contradiction.”

Among the authors in this issue of The Lancet, the issue of corporate responsibility is very clearly made. “To drive up sales, the industry markets its products heavily, deliberately targeting non-smokers and keeps prices low until smoking and local economies are sufficiently established to drive prices and profits up,” writes Anna B. Gilmore of the University of Bath and her co-authors. “The industry systematically flaunts existing tobacco control legislation and works aggressively to prevent future policies using its resource advantage to present highly misleading economic arguments, rebrand political activities as corporate social responsibility, and establish and use third parties to make its arguments more palatable.”

The editors of The Lancet conclude, in an editorial entitled “What will it take to create a tobacco-free world, that “the cause of the tobacco pandemic is the tobacco industry—lethal but still lawful—and its predatory efforts to preserve and grow profits by exploiting markets in middle-income and low-income countries.” If nonprofits are participating in big tobacco philanthropy and big tobacco CSR programs, then they are being smoke-washed into complicity with a substance that in no way should be promoted or protected in modern society. This is one of the issues that clearly fits the aphorism that if you’re not part of the solution, you’re part of the problem.—Rick Cohen

By Martin Levine and Ruth McCambridge
May 7, 2020