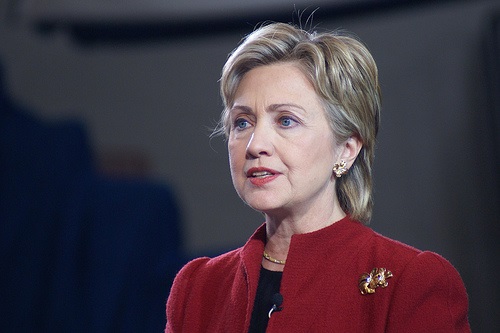 The latest involves the relationship of the press with Clinton Foundation initiatives. Following the brouhaha involving ABC News anchor George Stephanopoulos, who failed to disclose that he had donated $75,000 to the Clinton Foundation even while he was reporting on Hillary Clinton, now comes CNN anchor Jake Tapper, whose name has suddenly disappeared from the Clinton Foundation website where he had once been listed as a speaker at an upcoming Clinton Global Initiative event in Denver in June. CNN explained that Tapper wasn’t really a speaker, but was going to interview Bill Clinton at the event and then moderate a panel discussion. (Note: The other speakers listed for the CGI event that no longer lists Tapper as a speaker include Rip Rapson, the president and CEO of the Kresge Foundation, a funder of the Nonprofit Quarterly.)

There are several differences in the Stephanopoulos and Tapper stories, beginning with their histories with the Clinton family. Unlike Stephanopoulos who used to work for Bill Clinton, Tapper hasn’t been involved as a paid employee of the Clintons, though long ago he was a press spokesperson for former Rep. Marjorie Margolies-Mezvinsky (D-PA) who is now mother-in-law to Chelsea Clinton, a turn of events that the young Tapper might not have anticipated in the early 1990s. Moreover, CNN was promoting Tapper’s appearance at the CGI event, including his interview of the former president with no restrictions on the questions he might ask—and had made no donations to the foundation—while Stephanopoulos has apparently kept his donations to the Clinton Foundation under wraps. Nonetheless, a little additional monitoring and clarity from CNN on Tapper’s role might have helped, though there is no explanation for Stephanopoulos’s situation, which caused him to have to drop out of his planned role as a moderator of one of the presidential candidate debates. Tapper’s role at CGI is legit and not compromised by the foundation’s inadvertent listing of him as a speaker.

Did the Clinton Foundation do anything wrong or illegal in accepting donations from Stephanopoulos or the Trumps or by having Tapper scheduled to interview the former president at the CGI event? Not that we can tell. But like Rubio and Bush failing to have complete and well thought out answers as to whether they, like George W. Bush, would have invaded Iraq in 2003, the Clinton Foundation and the Clinton apparatus seems to have stumbled over some sloppiness in failing to anticipate the range of inquiries it might have logically expected and prepared for with a former First Lady, senator, and Secretary of State running for president.

It looks to us that the Clinton Foundation basically combined Eychaner’s personal and foundation donations into one lump, but it isn’t clear. The Clinton Foundation in the past has amalgamated the donations of wealthy individuals with their philanthropies, such as the $10 to $25 million donated by Cheryl and Haim Saban and their Saban Family Foundation or the more than $25 million donated by Canadian financier Frank Giustra and his Radcliffe Foundation, but it didn’t do so in the Eychaner case.

It simply looks a little sloppy. The fact that Saban and Eychaner are big Democratic fundraisers is really not a material factor here. They would have been donating to and fundraising for Hillary Clinton—and, in Eychaner’s case, hosting a fundraiser at his home—regardless of the existence of the foundation. But when a politically connected foundation has to revise and explain as much as the Clinton Foundation does, it suggests the foundation wasn’t really prepared for the kind and persistence of inquiries it would face. A better approach, which is beyond the letter of the current law, would be for foundations related to, established by, or controlled by politicians or their staff members to straight out disclose their donations above a certain level. Imagine how much simpler the life of the Clinton Foundation would have been had it simply done that from the beginning. The story, such as it has metamorphosed, would have been much less than it has become.—Rick Cohen