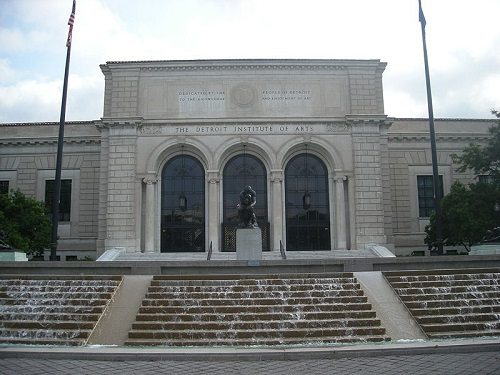 Detroit has a myriad of needs coming to a head in its unprecedented municipal bankruptcy. The region’s large and often well endowed foundations have been addressing Detroit’s needs for some time, as we have documented here at the Nonprofit Quarterly, but since an off-the-record meeting with the bankruptcy judge not long ago, they have been faced with a specific challenge—how might they use their capital to save the Detroit Institute of Arts’ collection from being sold off in order to pay down the city’s debt to its municipal pension funds.

Last week, apparently partly in response to a $5 million pledge by A. Paul Schaap, identified as a “biotechnology engineer” and as president and CEO of a chemiluminescent reagents firm, the Community Foundation of Southeast Michigan established the Fund to Support Detroit’s Retirees, Cultural Heritage, and Revitalization. Foundation CEO Miriam Noland described the fund as “a means for anyone who wishes to make a financial gift to assist in addressing these challenges an opportunity to do so.” There’s even an online page, hosted by Kintera, for those willing to make donations to the fund.

The announcement suggests that things are moving forward with foundations’ generating a fund to save the DIA from having to be sold to reduce the city’s unfunded pension obligations. Last week, for example, the Detroit Free Press reported that the DIA finally joined the discussions the judge had been previously having with foundations without the DIA’s direct participation. The Free Press identified the foundations involved in the discussions as the Michigan-based Kresge Foundation, the Hudson Webber Foundation, W.K. Kellogg Foundation, Charles Stewart Mott Foundation, Skillman Foundation, Community Foundation for Southeastern Michigan, McGregor Fund, and Fred A. and Barbara M. Erb Foundation, plus the non-Michigan John S. and James L. Knight Foundation and Ford Foundation.

The foundation dialogue with the Judge Rosen is still off the record, with occasional unattributed leaks simply verifying that conversations are ongoing. It may be an erroneous interpretation, but it seems to outsiders that the Detroit press community is largely supportive of the foundation-funded DIA/pension bailout. It might be simply that this initiative is one that shows signs of movement—any movement—compared to the financial stalemate and political paralysis that preceded and led up to the bankruptcy. The foundation deal has momentum, but it’s not clear that the nonprofit community of Detroit or, more broadly, Southeastern Michigan, has weighed in on the potential creation of a foundation-funded $500 million fund to privatize the DIA and reduce pressure on the pensions.—Rick Cohen