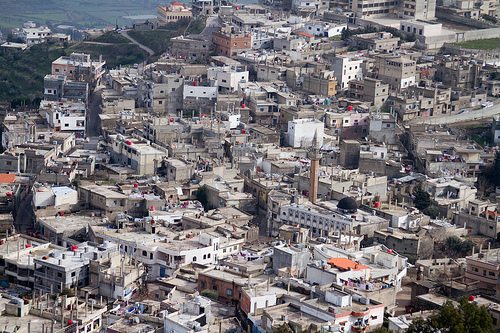 Based on American news coverage, the G20 summit last week in Saint Petersburg seemed to give only passing attention to the formal issues on its agenda, preoccupied instead with meetings “on the margin” concerning President Obama’s unsuccessful lobbying of G20 leaders to support his proposed military action against Syria.

That’s not entirely true. One document that was released just before the summit, intended for discussion by the world leaders, was the Saint Petersburg Development Outlook, an effort by the rich countries of the world to develop and articulate a development agenda targeting issues in developing countries. The G20 development priorities are listed and described in the annex of the report:

Is the G20 serious about development priorities in the developing world? Does anyone really care what the G20 leaders say about international development? Some nonprofit development organizations are paying attention. World Vision issued a brief but pointed critique of the G20 statement, noting that the G20 Outlook “doesn’t mention children once, which is worrying in its implication.” World Vision notes that “for every five percent decrease in the number of their children dying under the age of five, a country’s economy grows by one percent every year, for ten years” and suggests that improving the health and education prospects of children under the age of five should be a G20 development priority. Similarly, the human resources component of the Outlook statement, World Vision says, “needs to target the health sector, and…the importance of cognitive development.”

Examining the G20’s focus on economic development as a means of lifting people out of poverty, World Vision adds, “there is no specific mention of addressing inequality, which is key to ensuring economic growth tackles poverty. Economic growth does not on its own improve poverty, the trickle-down effect is a myth.”

It is hard to know whether agendas like the Saint Petersburg Development Outlook mean anything for the behavior of rich countries, but the critique from World Vision, delivered calmly and respectfully, is important for letting the big countries know that nonprofits are watching and won’t let these issues slip.—Rick Cohen