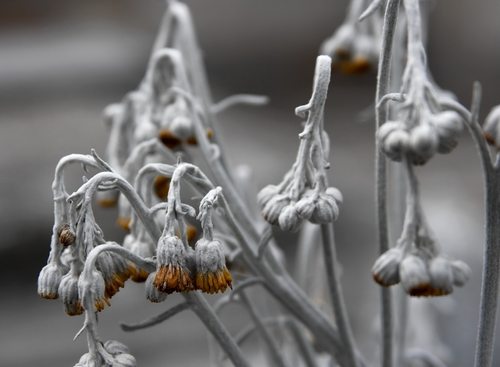 When the Gates Foundation and the Carnegie Corporation of New York elected to pour $100 million into a student data collection project aimed at helping to direct educational emphases in 2011, a whole new organization had to be erected. Now that group, inBloom, is shutting down after parents protested the collection and storage in the cloud of data on their children and various states withdrew their support.

According to this article, the tipping point came when a decision was made in early April by the New York State legislature to not involve themselves in inBloom or any similar endeavor. It also required that any data already stored on the system be deleted. New York was, as far as we can tell, the last partner to fall.

The program had sparked a firestorm of protests from educators and parents who thought too much unnecessary and personal data was to be collected and that there were no credible guarantees of security. There were also concerns that the information would be shared with third parties.

The CEO of inBloom, Iwan Streichenberger, blamed the failure of the initiative on naysayers—party poopers, I suppose—with specious and paranoid ideas about threats to privacy.

Parents in Louisiana discovered at one point that their children’s social security numbers were on the database, which prompted Louisiana’s withdrawal. As the New York Times writes,

The inBloom database included more than 400 different data fields about students that school administrators could fill in. But some of the details seemed so intimate—including family relationships (“foster parent” or “father’s significant other”) and reasons for enrollment changes (“withdrawn due to illness” or “leaving school as a victim of a serious violent incident”)—that parents objected, saying that they did not want that kind of information about their children transferred to a third-party vendor.

Streichenberger writes, in a letter on the inBloom website, that

[InBloom] has been the subject of mischaracterizations and a lightning rod for misdirected criticism. In New York, these misunderstandings led to the recent passage of legislation severely restricting the education department from contracting with outside companies like inBloom for storing, organizing, or aggregating student data, even where those companies provide demonstrably more protection for privacy and security than the systems currently in use.

We stepped up to the occasion and supported our partners with passion, but we have realized that this concept is still new, and building public acceptance for the solution will require more time and resources than anyone could have anticipated. Therefore, in full alignment with the inBloom Board of Directors and funders, I have made the decision to wind down the organization over the coming months. It wasn’t an easy decision, and the unavailability of this technology is a real missed opportunity for teachers and school districts seeking to improve student learning.

Perhaps the task of gauging “public acceptance” should have been considered before the $100 million investment was made. Bill Fitzgerald, a former educator and blogger at Funny Monkey, says it would probably be silly to over-celebrate the demise of inBloom as a definitive strike for privacy. In fact, he says, it is good news only for the other players in the space. He writes,

The move away from inBloom is a move to “protect” students from what is already happening…But really, all of this is misguided. The lens of “privacy” is at least partially broken, as it relegates students to an observed object in system where they have limited input. Our considerations of privacy will remain divorced from learning (remember learning? It’s why we do this whole school thing) until we recognize and acknowledge that students (or their parents) need to be the ones to control and reflect on any information that is collected about learning. Now, the emphasis is on building systems that collect data on students, to push content at them. We’re not seeing much work on systems that empower students to reflect on their learning over time, and selectively share that information. Our data collection policies and habits reflect the reality that our educational system is more outcome-centered than student-centered. If we corrected this misplaced emphasis, we could do a better job educating all children, and improve privacy concerns along the way.”

Nonetheless, finding experienced grantmakers like Gates and Carnegie misreading the interests and desires of the parents and educators who were purportedly the intended beneficiaries is surprising, if not shocking. It’s an unfortunate reflection of the top-down approach of some foundations, issuing prescriptions for the benefit of the public even if that public doesn’t buy in. The inability of many funders to see how counterproductive and unpopular their technocratic solutions are with their intended beneficiaries is a disappointingly pervasive trend in much of big philanthropy.—Ruth McCambridge