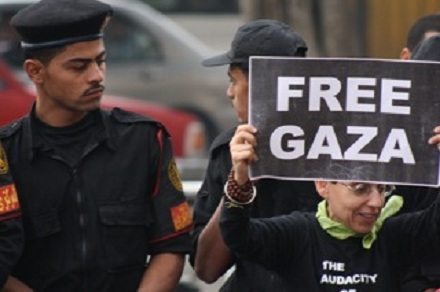 The current conflict between Israel and the Gaza Palestinians is a no-win situation for both sides, but there’s no question who the biggest losers are – children and families.

Americans might not realize that for as tiny as Israel is, Gaza is a mere spit of land containing an estimated population of some 1.7 million people. Nominally Gaza is part of the Palestinian territories. Together with the West Bank, the population density of the Palestinian territories is about 1,847 per square mile, making it one of the top 15 most densely populated countries in the world. Gaza alone, however, has a population density of 11,564 (author’s calculation), which would make it only a tiny bit less dense than Hong Kong, Macao, and Singapore

With a population that tightly packed into a small area, warfare in Gaza cannot but affect innocent civilians, displacing, harming, or killing noncombatants. Earlier this week, 38 aid agencies announced that the warfare between Israel and the Hamas leadership of Gaza was bound to lead to a humanitarian disaster if hostilities didn’t end. According to Al-Arabiya News, medical personnel in Gaza said that they were running out of medical supplies and aid organizations said that the warfare was making the delivery of aid difficult. The World Health Organization announced a bid to raise $10 million to get three months’ worth of medical supplies into Gaza, but the military action makes the process of getting supplies into Gaza questionable at best.

In the next few days, Egypt may succeed in facilitating a cease-fire between Israel and the Hamas-controlled Gaza Strip. But that will probably leave open the ultimate question of how to rein in the fascination of Hamas for launching hundreds of rockets against Israelis. It will beg the question of how the Gaza territory, with little seacoast for shipping and severe restrictions from Israel on its economic activities, can be helped to provide a more livable, desirable environment. Combine three-fourths of the population is younger than 25, 40 to 50 percent unemployed, and most in Gaza because they were displaced from homes elsewhere in the region, and the result is a tinderbox of social and economic problems that won’t end with a ceasefire.

The challenge facing aid organizations in Gaza isn’t simply caring for the ever-escalating number of people caught in the violence. Eventually, aid organizations in partnership with governments in the region have to find solutions to the conditions that make life in Gaza so miserable. –Rick Cohen