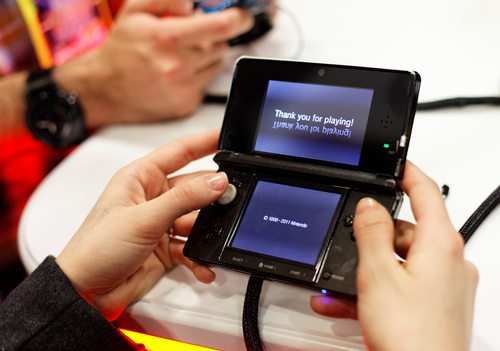 From the momentous movement to stop SOPA and PIPA to the hacktivist agenda of Anonymous, the tech-savvy generation is emerging and showing the important role they play in activism. The Next Web has published an article on the rise of “geektivism” that tells the stories of individuals utilizing technological skills for social good. These geektivists are striving to solve environmental, educational and social problems by turning to gaming and technology to inspire others. These projects and initiatives aim to drive action for social change on the part of those of us obsessed with apps, video games, QR codes, and other tech gadgets.

Some of these geektivist attempts revolve around apps that seek to raise awareness. As NPQ noted today, California has been struggling to keep many of its state parks open as it faces a budget deficit of almost $16 billion. Gaming geek and local resident Jenny Gottstein decided to take action when informed that Chaw’se Indian Grinding Rock State Park was in danger of closing down, which would impact her community immensely. So she helped design The Go Game, an interactive game that lists adventurous tasks and scavenger hunts to embark on to gather points throughout state parks. The Go Game encourages local residents to gather their friends and fulfill team-building activities. The website also lists three simple steps to support the California state parks and a moving video depicting the beauty of state parks, which you can view here:

Other geektivist efforts involve using technology to motivate and educate youth. The Treesure Game is a mobile game that encourages children and families to get physically active together. The creators of the game are journalists and focused their project on storytelling, since every child loves a good story. The app allows one to pick a story and plan a route, and while you travel along the route, interesting tasks and activities come up. After completing all your tasks and finishing the route, the idea is that the kid is rewarded with a prize like a story to read or exclusion from a chore for the day. The Treesure Game is proving to be very successful and the creators will be introducing the game to an amusement park in Helsinki.

Alleyoop is another mobile application that is “gamifying education.” The Next Web quoted Gerard LaFond, the VP of marketing, who says, “Now that we are dealing with our geek generation, in which video games are their media, we need to act accordingly and use them as a way to change behaviors and drive action.” Alleyoop provides step-by-step help with mathematics in a flexible manner catering to the student’s needs and method of learning. Learning Algebra II? You can watch a video, practice problems, participate in an interactive lesson, or get one-on-one tutoring if that suits your needs better. Alleyoop focuses on creating affordable learning strategies for college readiness.

Grantoo is a social gaming platform that touts the catchy mission, “Play Your Tuition Bills!” This innovative game allows geeks to transform gaming hours into financing their education. Grantoo asks companies to sponsor gaming tournaments, which provide tuition fee grants as rewards. Not only does Grantoo give out tuition grants, but it also encourages winners to donate a portion of their winnings to the charity of their choice; the average donation is 35 percent.

Some geektivist oeuvres have even sought to help gamers better understand global issues. Terrorbull Games have reinvented the board games “Crunch” and “War on Terror” and given them an educational twist. The founders have chosen some of the most complex topics to fully understand, such as the War on Terror and the banking system. Terrorbull Games has also observed how players make choices very similar to our own history. Their website’s “About” page states:

We blend politics, psychology, dark humour and a healthy dose of irreverence to make games that involve on both the superficial and the most profound levels.

Whether Terrorbull Games might just be creating more cynicism towards the political and banking systems or whether they—or any of these game makers—are creating real positive impact is debatable, but these geektivist initiatives are a very interesting approach to social good. Have you seen or experienced any gaming that has transcended into action? –Aine Creedon