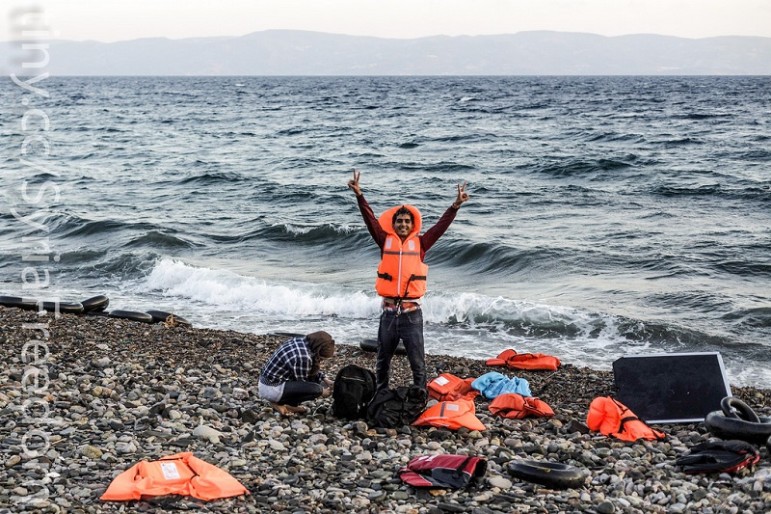 Billionaire George Soros was once a refugee, a Hungarian Jew who survived the Nazi occupation of his homeland. It should be no surprise that the Open Society Foundations that he founded and capitalized has made the issue of refugees a central component of its programs on rights and justice, with particularly significant work on migration and asylum issues. For Americans whose exposure to the refugee crisis in Europe is limited to the short takes on network or cable TV news shows, there are brief explanations on the Open Society Foundations website of the issues involved in the current migration controversies in Europe, notably a piece on the Open Society Initiative for Europe that outlines some OSF initiatives.

Affected personally by the symbolism of the refugee crisis, especially perhaps the virulent anti-refugee policies promulgated by the government of Prime Minister Viktor Orbán in Soros’s home country of Hungary, Soros himself has taken to speaking out on the issue of refugee policy. At the end of September, Soros wrote a clear statement of what he thinks the European Union has to do to address this crisis. He decried the behavior of the member states of the EU as “selfishly focused on [their] own interests” with the result of a “panic among asylum seekers, the general public, and the authorities responsible for law and order.”

The disappointment, perhaps disgust, with the EU and international response to the refugee crisis is almost palpable in Soros’s statement. “The exodus from war-torn Syria should never have become a crisis,” he concludes. “It was long in the making, easy to foresee, and eminently manageable by Europe and the international community.”

It should come as no surprise that Soros’s proposed program has been attacked by the Hungarian government, whose Prime Minister Orbán has proposed his own six-point agenda taking a much more restrictive approach to the problem. The Hungarian response became quite personal earlier in October when Minister János Lázár condemned the Soros plan and added that Soros’s business dealings over the years had contributed to sovereign default in several countries. Hungary has constructed a fence along parts of its border with Serbia in order to deter refugees, and Orbán has made statements to the effect that Hungarians do not want the multicultural society that he fears from admitting refugees.

The U.S. gets to insulate itself from these issues by virtue of an ocean and a solipsistic view of the world. In the latest Republican and Democratic presidential debates, the debate moderators from CNBC and CNN asked nary a question about refugees or asylum policies. Only Hillary Clinton referred to Syrian refugees when she said something about creating “safe zones” for people to stay in Syria rather than “flooding out,” and only candidate Jim Webb used the word “refugee,” though basically to describe his Vietnamese-born wife.

We can only guess that the reticence of some of the candidates (as opposed to President Obama who has proposed specific policies for the admission of refugees to the U.S.) may be their fear of right-wing attacks like those in a recent issue of The American Thinker, which described “refugee resettlement” as a euphemism for “Muslim invaders…arriving in cities and towns across America, with many more to come…[leading to the] systematic destruction of our communities, and indeed our country.” The right-wing responses in the U.S. like this one to immigration, refugees, and asylum-seekers could easily be voiced by Viktor Orbán himself with much head-nodding were he to share the dais of some of the presidential debates.

It might be worthwhile to ask how many NPQ readers or their closest friends are in the U.S. because their parents or grandparents or great-grandparents were refugees fleeing from violence in other countries. It might also be good for nonprofits to add to their questions for putative candidates for public office where they stand on America’s role in accepting and accommodating refugees and asylum-seekers and what they are willing to do to help the nonprofit sector and other private sector actors sponsor, help, and sustain refugees and asylum-seekers.—Rick Cohen

More about: Nonprofit NewsPolicytreatment of refugees