Get the Facts Right on Humanitarian Aid to Gaza 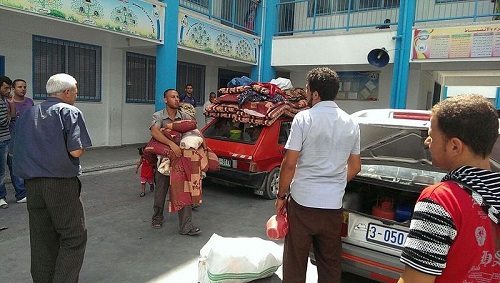 With children comprising a large proportion of the casualties in the war in Gaza—as many as 236 Palestinians under the age of 18 in Gaza killed (among 1,032 Palestinians killed) and 1,994 (among 6,233) wounded—the humanitarian aspects of warfare should be clear to anyone, no matter what they believe about Israel or Hamas and their reasons for starting and continuing the fighting. The Wall Street Journal’s Tamer El-Ghobashy writes that at the current rate, “one young Gazan every 2½ hours” dies because of the warfare.

Given that Gaza has faced a tight restriction on the flow of supplies for many years, it should be no surprise that WSJ reports that “medical equipment and supplies are in short supply…and hospitals and clinics simply can’t handle the burden of long-term care for amputees” and other injuries, including brain trauma. As NPQ has written elsewhere, a significant proportion of Palestinian children in Gaza and in the West Bank suffer from Post Traumatic Stress Disorder (PTSD), whose long-term effects will be an issue for years after this latest war in Gaza comes to an end.

Save the Children reports that 80 percent of the population of Gaza depends on humanitarian aid as it is, no doubt related in part to the longstanding Israeli blockade and restrictions on trade and commerce in the occupied territory.

Lately, critics of the Obama administration have targeted the notion that President Obama pledged $400 million in aid to Gaza and the occupied West Bank just recently. There actually has been no new pledge of $400 million from the U.S., but a Congressional Research Service report issued earlier this month pointed out that between FY2008 and now, the U.S. has provided approximately $400 million annually in “Economic Support Fund” assistance divided between project-specific assistance administered by USAID and direct financial support of the Palestinian Authority (PA). The Obama administration proposed a reduction of this assistance in FY2013.

In addition to these direct sources of aid, the U.S. is the largest donor to the U.N. Relief and Works Agency for Palestine Refugees in the Near East (UNRWA), meant to assist Palestinian refugees in Jordan, Syria, and Lebanon in addition to Gaza and the West Bank. In FY2014, the U.S. provided $250.9 million of UNRWA’s $732 million budget, though the $250 million is substantially less than the $294 million allocated by the U.S. in FY2013. Ironically, or sadly, it was an UNRWA school in Gaza that was hit by an Israeli shell, though Israel says that it was only one errant mortar shell that hit an empty schoolyard and claims that no one was likely killed by it, though Gazan authorities say that 15 people were killed in the incident.

As a matter of fact, the new U.S. offer of aid—humanitarian aid—came from Secretary of State John Kerry during his most recent effort to negotiate a cease-fire between Israel and Hamas. The pledge was for $47 million, but as we have noted, relatively little of it was new money; much of it was existing bilateral aid reprogrammed for immediate humanitarian needs, and $15 million actually for UNRWA in response to the agency’s latest “flash appeal.”

It is important for nonprofits to get the facts right. One fact that is undeniable is that the current warfare is a tragedy for children in Gaza.—Rick Cohen