GOP Demands CDBG Cuts to the Tune of $1.19 Billion 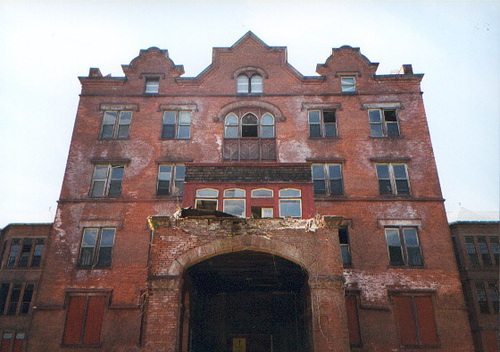 Four decades ago, this author watched the contentious birth of the Community Development Block Grant program in the early days of the “new federalism.” Over time, CDBG became the mainstay of neighborhood development, as significant resources flowed to nonprofit community development corporations. Over the years, it has been whittled down here and there with budget cuts and excisions due to earmarks, but now House Republicans are wielding their huge budget scalpel to cut the guts out of the program. In his Fiscal Year 2014 budget request, President Obama asked for a $2.79 billion allocation for CDBG, but the House of Representatives’ Republican-led Appropriations Committee responded with only $1.6 billion.

To say that CDBG has been on the downslide is an understatement. In 2010, the CDBG appropriation was $4.45 billion. In 2011, it was reduced to $3.5 billion; in FY 2012, it had dropped to a little over $3.0 billion. Politico’s David Rogers points out that President Obama’s request was roughly equivalent to the request President Gerald Ford made for the first year of CDBG funding. Rogers notes, “CDBG’s fall is the most striking example yet of what’s become a genuinely historic rollback of domestic discretionary spending.”

The rollback is, of course, due in part to the across-the-board meat-ax cuts of sequestration, which have already cut discretionary spending to $984 billion and will, in the sequester’s second year, further reduce the total to $967 billion, not including the $54 billion that Republican want to shift from domestic to defense spending.

Mayors and governors are complaining about the impact of CDBG cuts, but the canary in the coalmine is the nonprofit sector, which really feels the brunt of local reallocations of CDBG. People talk about federal programs, such as the Promise Neighborhoods program and the Social Innovation Fund, that will go to a small number of selected nonprofits promising big impacts, but on a day-to-day basis, those relatively new programs do nothing to counter the devastating impact of year-after-year-after-year reductions in CDBG allocations to 1,209 units of local and state government. –Rick Cohen