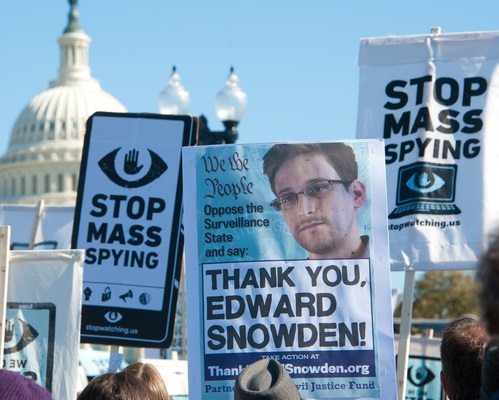 Don’t dismiss the importance of how Edward Snowden ends up treated and classified as a result of his disclosures of National Security Agency wrongdoing. If Snowden is seen as having revealed evidence of illegal and potentially unconstitutional activities by the NSA, as was most recently described by former vice president Al Gore in a speech at Montreal’s McGill University, he will have fit legal standards of protected whistleblowing. If, regardless of the evidence of NSA wrongdoing, Snowden is deemed to be a criminal, liable to charges as severe potentially as espionage, the message to potential whistleblowers is chilling: Reveal official wrongdoing all you want, but if the authorities choose to ring you up on criminal charges anyhow, so be it.

As the Government Accountability Project’s Jesselyn Radack points out, the mainstream press and, she might have added, federal officials in Congress and the White House, have devoted much attention to Snowden’s character and personality with less attention to what might be done to rein in the agency that Gore says has gone to “absurd” lengths regarding its surveillance mission. Among the recent examples are the Businessweek column addressing Snowden’s “unbearable narcissism” and Kurt Eichenwald’s insinuations in Newsweek that Snowden was working for (or perhaps only a tool of) the Chinese. For all we know, he may have the personality of a self-righteous prig, and the Chinese may be chortling about how much he revealed about U.S. personal surveillance activities, but that doesn’t diminish from the important of what he seems to have revealed about the NSA over the top activities.

“The main stream [sic] media’s obsession with how Snowden obtained evidence of NSA illegalities diverts attention from where it belongs: on NSA. The significant story is not how NSA did such a bad job keeping its lawbreaking a secret, but how NSA has been violating statutory law and the Constitution and lying about it to Congress, the American public, and the world.”

Radack was one of a number of activists who went to Russia in October to present Snowden with an award recognizing his status and courage as a whistleblower. The White House and Congress appear largely unmoved, with the White House recently reiterating its intent to try Snowden on charges of espionage and theft of governmental property, and members of Congress such as Senator Diane Feinstein (D-CA) and Rep. Mike Rogers (R-MI) calling for Snowden’s return and immediate trial.

Will our nation stand up for legitimate whistleblowers? It had better do so—not just for reining in secret governmental activities, but also for equipping whistleblowers in all parts of society with the knowledge that their function is valued and protected. In the nonprofit sector, the importance of whistleblowers cannot be understated. Take two recent stories. In the instance of charges that disaster relief charities may have misspent some of the funding they received for Superstorm Sandy, the prospect of potential whistleblowers would make the revelations of such news faster and more significant. In the wake of the revelations by the Washington Post about nonprofits that have endured diversions of charitable assets, one of the most important tools about insider theft is—or should be—the willingness of others in the organizations to blow the whistle on miscreants.

It’s already very challenging for whistleblowers throughout American society. We need people to be willing to report malefactors, whether individuals ripping off nonprofits or public agencies like the NSA encroaching on constitutional rights. It seems like statements from Gore, Leahy, Sensenbrenner, and even President Obama himself are making the case that Snowden’s role as whistleblower is legitimate and worth public recognition.—Rick Cohen