Governance, Anyone? The Stupidity of Sequestration 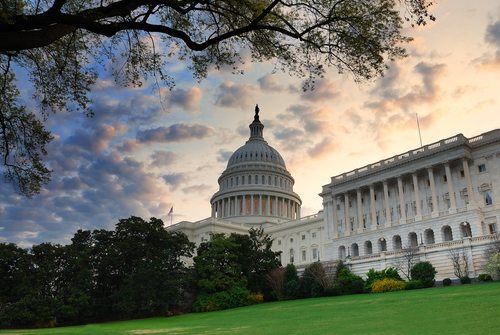 The nation is peering into the abyss of the sequester, which is scheduled to take effect on March 1st and which would come with potentially devastating consequences to the domestic human needs programs that many nonprofits deliver in partnership with or on behalf of the federal government. Both Republicans and Democrats have been shouting “I dare ya’!” to see which side will blink as we move closer to what would be the first phase in ten years of automatic federal budget if the two parties aren’t able to negotiate a deficit-cutting compromise.

Remember the fiscal cliff? It went beyond an eleventh hour solution, as the deal was sealed after the clock struck midnight. Chuck Todd and others at NBC News count the sequester as the fifth fiscal standoff since 2011, when the Republicans took control of the House—and there may be a sixth later in March, when the continuing budget resolution that keeps the government running will be up for extension or renegotiation. Just remember what Erskine Bowles told Ezra Klein of the Washington Post concerning the unique apocalyptic approach Congress chose last year for reducing the budget deficit:

“When somebody asked me about the sequester, I said it’s stupid, stupid, stupid. No business cuts like that when they need to reduce their cost. You go into the budget and you make your cuts surgically in those areas that will have the least adverse effect on productivity.”

As an alternative to the stupid sequester, Bowles and his partner, former Sen. Alan Simpson (R-Wyo.), are in the news because they have released sort of a Bowles-Simpson 2.0—a new version of their deficit-cutting proposals. They take the estimate that the federal government has already made commitments to cut the deficit by $2.7 trillion over the next decade, but another $2.4 trillion is needed to bring the deficit below 70 percent of gross domestic product, according to the bipartisan Committee for a Responsible Federal Budget.

Bowles-Simpson 2.0 would raise revenues through tax reform for about one-fourth of the $2.4 trillion target, raising the remainder through budget cuts and program reforms (such as cutting payments to Medicare and Medicaid healthcare providers, increasing Medicare premiums for high earners, adopting the “chained CPI” measure for calculating cost of living increases in federal payments such as Social Security payments, and cutting farm subsidies). Why pitch a plan that is much more focused on cost savings and budget cuts than new revenues? Bowles admits that he and Simpson were aiming not for an ideal plan, but for “something that might be able to get done.”

Getting things done doesn’t appear to be high on the congressional agenda. Republicans in Congress don’t seem particularly alarmed by the thought that the sequester could actually happen. The House just got back from vacation. Meanwhile, White House budget officials caution that Americans won’t feel a difference in programs and services on March 1st even if sequestration happens since, due to official and unofficial safeguards in the programs, the impact of the potential cuts would be delayed and softened for a time. That is, the cuts would get implemented on a rolling basis in most instances, not in one fell swoop.

But if no deal is reached to avoid the budget sequestration, the cuts will come, including $85 billion in cuts over the remaining seven months of the fiscal year. If Congress cannot get its act together, the cuts in human services and safety net programs will take a measurable, heavy toll. Beyond the specific programs to be cut, letting the sequester go forward would cut programs tied to pending legislative actions, such as immigration reform (the cost of beefing up border protections) and gun control (the funding needed for expanded background checks), just to name a couple of examples. This process of serial budget brinksmanship is no way to run a country. And people are quick to criticize nonprofit fiscal management! Hah! –Rick Cohen