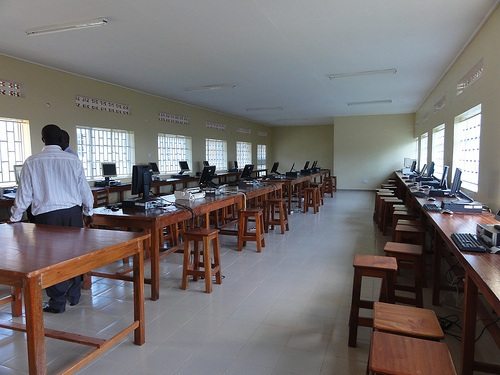 Can hackers use their skills to help charities save lives? Johnny Long, also known as “j0hnnyhax” in the hacking community, founded the nonprofit Hackers for Charity to do just that by connecting hackers with charitable organizations in Uganda. Long moved with his family to Uganda in 2009 and discovered a way to use his technology skills to aid the poor populations within his community. He knew very little about Africa and Uganda, but knew a lot about hackers.

Long wrote on the organization’s website how he began using his computer skills for good when he first visited Uganda in 2007:

“I did computer work in Uganda. I didn’t even know Uganda had computers. That work affected me. I repaired old computers so that children and adults could learn computer skills since a single computer job can support four or five families. I cleaned viruses off of machines that were eating spreadsheets that held sponsor information. When a sponsor database gets clobbered by a virus, kids don’t eat. It may sound extreme, but that’s how it was. Through my work in Uganda, I was saving lives.”

Through Hackers for Charity’s online network, volunteers can connect with organizations around the world that need websites built or secured, and provide help remotely. “Simple measures like this can helping life-saving NGOs find donors, keep records and communicate with the world outside Uganda.” The online community also offers customized computer training sessions for nonprofit staff. Hackers for Charity has also partnered with several schools in Uganda and Kenya to provide computer labs and train students.

Long says his volunteer base varies from teenagers interested in programming to individuals working in sensitive fields who must remain anonymous. He spoke on the limited job prospects readily available to hackers, “I saw these people doing good things. But I realized there was no charity that was technology-based that was for them.” Long is using his nonprofit, Hackers for Charity, to fight negative stereotypes associated with hackers. The organization is currently focusing on remote work within Uganda, but states on its website that their scope may expand to U.S.-based organizations in the future. –Aine Creedon