Has Wikileaks Helped or Hurt Snowden’s Cause? 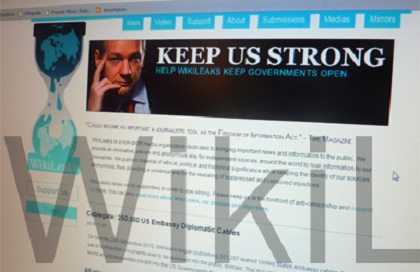 Regardless of what you think of Edward Snowden’s revelations about the secret metadata surveillance activities of the National Security Administration, the man has had a tough time finding a place to go since he shared his findings with Glenn Greenwald of The Guardian. For the last couple of weeks after decamping from a hotel in Hong Kong, Snowden has undoubtedly been listening to unending arrival and departure announcements at Sheremetyevo Airport while trying to find a Latin American country that might offer him asylum.

Snowden’s isolation is pretty severe. Countries that looked at times like they were open to offering asylum have backed off. In a truly unprecedented move, several European countries, evidently in response to U.S. pressure, intercepted and searched the presidential airplane of Evo Morales, the president of Bolivia, in an effort to find Snowden. Snowden’s limited support has been from WikiLeaks, whose leader, Julian Assange, has been living in the Ecuadorian embassy in London to avoid extradition due to sexual abuse changes he faces in Sweden.

Snowden apparently requested assistance from Wikileaks early on during his stay in Hong Kong. Wikileaks activist Sarah Harrison was on his flight to Moscow, and during that time, Assange himself acknowledged that Snowden had asked to tap the expertise of Wikileaks.

One of the things that Wikileaks has going for it that might have benefited Snowden is its legal team. Representing Assange is former Spanish jurist Baltasar Garzón, famous for having brought charges against Chilean dictator August Pinochet. However, in late June, Garzón announced that his firm, ILOCAD, would not represent Snowden. However, even without Garzón’s formal role as legal counsel to Snowden, the Wikileaks legal team has been providing assistance. The advisors to Assange, including former Reagan assistant attorney general (and recent advisor to Ron Paul) Bruce Fein and Center for Constitutional Rights president emeritus Michael Ratner, provide a potent source of legal advice for Snowden.

Coverage of Snowden’s potential travels has omitted that the man must be accumulating significant costs, not just what it costs just to feed him in the transit lounge at Moscow International Airport, but his potential flight costs to another asylum country. One estimate is that it would cost about $100,000 to get a potential asylee to another country, such as Venezuela. A representative of Wikileaks said that the cost of a charter flight from Hong Kong to Moscow was made possible by “outside funds from ‘friends’.” Donations to Wikileaks have increased since the organization began its interaction with Snowden.

The tie of Wikileaks to Pvt. Bradley Manning, who is charged with leaking classified U.S. government documents, may be problematic for Snowden. There have been intimations by some journalists that Wikileaks directed Manning in his disclosures and, similarly, may have recruited Snowden early on to join Booz Allen and gather NSA information to be leaked. Both Greenwald and Laura Poitras, a documentary filmmaker, had contact with Snowden early this year, not long after Snowden first joined NSA contractor Booz Allen, and both were known to be close to Wikileaks.

Some critique is tied to questions about Assange himself. Clothed in controversy and facing rape charges in Sweden, Assange seems to attract suspicion. An article by Connor Simpson in The Atlantic questioned whether Assange was aiding Snowden simply for the sake of publicity. As Wikileaks is the major outlet for Snowden news announcements, Assange and his organization stay in the stay in the media every time Snowden has news to release. Assange has said he has personal sympathy for Snowden, perhaps sensing that Snowden’s revelations about NSA’s snooping were likely to generate more public support than his disclosures of Manning’s government files.

Snowden is beginning to get some support when, initially, he seemed to be pretty limited to Greenwald and Wikileaks. Last week, the Washington-based nonprofit Government Accountability Project issued a statement declaring Snowden a whistleblower and a political refugee. GAP points out that Snowden has been criticized by U.S. officials as having engaged in espionage and aiding the enemy, but the U.S. officials sharing this information with the press are often identified, speaking on background, in a way leaking information just like Snowden did. The Project on Government Oversight (POGO) has called on the public to focus on Snowden’s important revelations about the uncontrolled growth of U.S. surveillance activities and what it described as the nation’s “broken system for whistleblowers,” rather than on issues about Snowden personally.

Wikileaks just released Snowden’s most recent statement about his desire to seek temporary asylum in Russia and his plans to seek permanent asylum in Latin America. If coverage of the Snowden affair focuses on U.S. surveillance activities of its own citizens and of foreign governments, rather than the daily dramatics of Snowden’s search for asylum, Wikileaks might get something from its association with Snowden. If Wikileaks is able to get Snowden the help he needs in filing for asylum in Russia or elsewhere, given how otherwise alone he is, it will have provided something tangible to Snowden, who otherwise might be following in the steps of Bradley Manning.—Rick Cohen