Have You Thanked a Volunteer This Week? 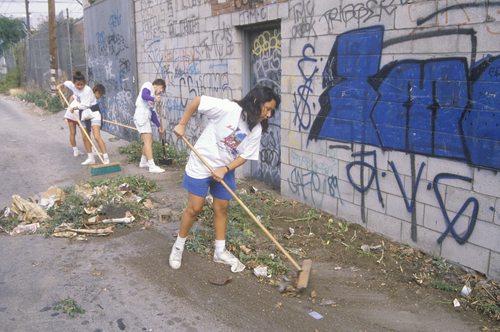 This week is “National Volunteer Week,” in its 39th year, strongly promoted by Points of Light and the HandsOn Network. Despite the “points of light” linkage that dates to the administration of President George H.W. Bush, National Volunteer Week was actually a creation of, or at least was designated by, President Richard M. Nixon. It is also celebrated in Canada. Earlier this week, the Governor General of Canada hosted a Google+ Hangout to discuss ways of fostering youth engagement. His partners in the Hangout included Ian Bird, the President and CEO of Community Foundations of Canada, and Susan Vardon, director of National Initiatives at the United Way Toronto.

On the AARP Blog, there are tips for how to best recognize and honor volunteers for the work they do for nonprofits, including a dinner for volunteers, “swag, swag, and more swag,” placing stories about volunteers in the local press, giving volunteers “yummies” as a symbol of thanks, and “partner perks,” such as the practice of companies in Las Vegas that give away free vouchers for volunteers.

There are even categories of National Volunteer Week; apparently, it has also been acclaimed, for example, National Hospital Volunteer Week, though the limited image of “candy stripers” isn’t quite the norm of hospital volunteers any more, given the much more diverse kinds of challenges faced by hospitals nowadays.