Seven groups in eight states have been awarded the first federal loans to start new nonprofit health insurers, otherwise known as Consumer Operated and Oriented Plans (CO-OPs). The seven groups were loaned $638.7 million to be used for start-up costs and to seed reserve funds. The interest rates are effectively zero for the start-up loans and one percent for the 15-year reserve loans.The nonprofit CO-OP option replaces the public option, which was a political flashpoint.

In a press release, the National Alliance of State Health Cooperatives (which was organized in 2010 following the passage of the Affordable Care Act to spearhead the development of the cooperatives) described the effort as follows:

“Functioning similarly to existing co-ops for electricity, agriculture, and credit unions, health care CO-OPs will provide health insurance to individuals and small businesses which currently have a difficult time obtaining or affording quality health care and wellness benefits. A health care CO-OP will be governed and run by its members, who will form a majority of the board of directors. Unlike traditional insurance, however, any profits earned will be used to either lower premiums or to improve benefits.

The formation of health care CO-OPs will help drive cost savings, enhance competition in the newly-created state-based exchanges, and provide choice in markets traditionally dominated by one or few insurance companies.”

The first to receive the loans are:

Many suggest that there will be a number of failures as these new insurers get started, and the issue of pricing may become a flashpoint. According to Kaiser News, some CO-OP sponsors assert that they may be able to offer lower premiums because they won’t have to generate profits for investors and, indeed, under the law, CO-OP plans must apply any surpluses to lowering rates or improving benefits or quality for their members. But we must note that NPQ has been covering an ongoing problem with existing nonprofit insurers, which also do not have investors to pay, but are nonetheless consistently raising rates out of reach for many consumers while building reserves well above recommended levels.

Consider the nonprofit health CO-Ops a real-time experiment in government incentives to create and sustain nonprofits in work that the private market has proven unable or unwilling to do—and work that the public sector isn’t allowed to do. This is one experiment worth careful monitoring, not just by health care advocates, but by the nonprofit sector overall. –Ruth McCambridge 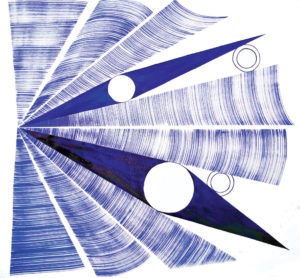