Healthcare Insurance Monopolies Difficult to Unseat, Even Under ACA 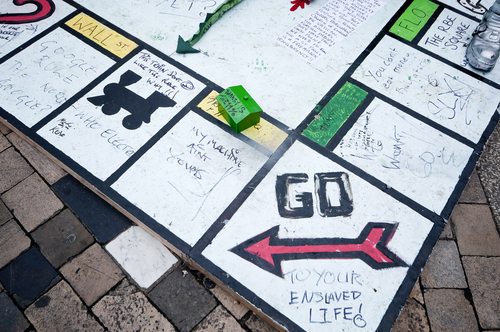 You might recall earlier coverage of the slowing down of the federal and state health insurance exchanges where small employers might be able to purchase affordable health insurance, which may mean that those exchanges might not have as many choices for consumers as they were intended to.

In other states, however, it doesn’t appear that private insurers are coming to the plate to compete with the existing monopolies. For example, Blue Cross and Blue Shield of Alabama covers 89 percent of Alabamians. That’s a pretty uncompetitive health insurance market and tough for a potential new entrant to challenge. In fact, according to the American Medical Association, Alabama is the least competitive commercial health insurance market in the nation, followed, in rank order, by Hawaii, Michigan, Delaware, Alaska, North Dakota, South Carolina, Rhode Island, Wyoming, and Nebraska.

Under the Affordable Care Act, the insurance exchanges were meant to give employers and individuals a number of competing providers, busting the next-to-monopolistic dominion of entities like BCBS in Alabama. In theory, competition and choice would lead to lower costs for small employers and lower-income people. Will the exchanges offer a truly robust array of choices?

Even with operational exchanges, there might not be a lot of insurers willing to jump in. It might be because of the low incomes of potential customers (Alabama is 46th in median household income) who might not be able to afford premiums. It might be the long distances between the few health care providers in rural states. (Wyoming, for example, has only 18.7 physicians per 10,000 people.) Or maybe the reason is a relative monopoly on the hospital side (Rhode Island has only 11 hospitals, owned by two companies). Therein lies the problem: some states with heavy control by one insurer find not too many other insurers willing to enter and compete.

If you have access to the “public option,” that is, Medicaid or Medicare, you have a very significant and legitimate alternative to the commercial insurers’ market dominance. That was the importance of the public option, which fell out of national health reform discussions early on to appease opponents who feared government control. The other mechanism of non-commercial competition, after the public option was nixed, was the creation of nonprofit insurance cooperatives. Cooperative health insurers are gearing up in 24 states, but they face formidable obstacles. Completely new, they are facing off against large established corporations with lots of capital. The nonprofit cooperatives have less—and after the fiscal cliff deal, even less than that, as Congress eliminated any loan funds for cooperatives that hadn’t signed loan agreements with HHS. (Politico reports that more than 40 cooperative loan applications were caught in the pipeline with the fiscal cliff.)

Member-governed nonprofit insurance carriers might attract a market of consumers looking for alternatives to the unresponsive corporate behemoths, but the road will still be tough going for the CO-OPs. The money they’re getting as federal loans can’t be used for marketing purposes, putting them at a further competitive disadvantage against the corporate players. In their sidelines-sniping strategy for bringing down the entire edifice of national health insurance reform, Republicans led by Darrell Issa (R-CA), chair of the House Oversight and Government Reform Committee, are investigating the CO-OPs, ostensibly because they might, in the Republican narrative, be potential Solyndras in disguise. It’s part of a consistent Republican strategy against health care reform—nickel and dime, attack and attack, and weaken the infrastructure for reform.

Most nonprofits are small employers. They have a stake in seeing the exchanges offer as full an array of choices as possible. They have a stake in seeing nonprofit health insurance cooperatives given a chance to compete effectively by offering an alternative product and a different, potentially more responsive corporate governance model. Other than the groups that are health policy advocates, where is the generic nonprofit sector weighing in on its interests in the implementation of national health insurance reform?—Rick Cohen