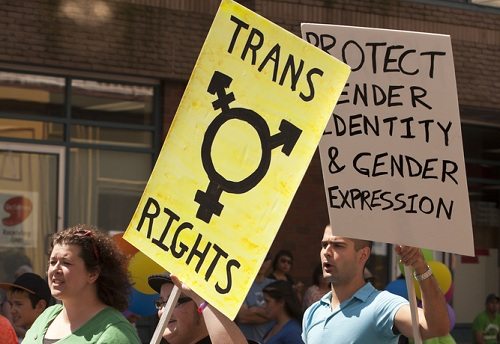 The Equal Care Coalition, including the Vermont Federation of Nurses and Health Professionals along with community organizations like Outright Vermont and Vermont CARES, has won a battle for transgender people in successfully advocating for a state-issued regulation that instructs insurance companies that they must cover medically necessary services, regardless of gender identification. This makes Vermont the fourth state, after California, Colorado and Oregon, where the insurance regulator has issued such a bulletin to restate clearly that state laws prohibit insurance discrimination against transgender people. The District of Columbia has also issued this kind of bulletin.

In Vermont, the action began when a member of VFNHP approached the organization to inform her that Fletcher Allen Healthcare had a specific exclusion for transgender persons in its insurance.

While many may be surprised at the need for such bulletins, the Center for American Progress states that “most private insurance plans, as well as many state Medicaid programs, incorporate plan language that specifically targets transgender people by excluding, for example, all services related to sexual reassignment; any treatment or procedure designed to alter an individual’s physical characteristics to those of the opposite sex; care, services or treatment for…gender dysphoria or sexual reassignment or change…including medications, implants, hormone therapy, surgery, medical or psychiatric treatment.”

It goes on to clarify the assumptions upon which the discrimination is justified. However full of holes, “these exclusions are based on the false premise that the healthcare services that transgender people need are not medically necessary and are never needed by non-transgender people.”

There is more in this article about the various strategies employed, and we encourage you to read it. In the meantime, do these exclusions exist in your state? Do you have campaigns to have them eliminated? Tell us about them.—Ruth McCambridge