Heinz Endowments Staff Shake-Up May Be Related to Fracking Controversies 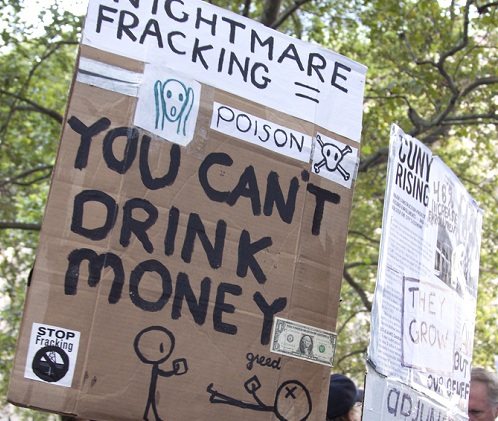 It isn’t often that the resignation or firing of a foundation staff person makes mainstream press news. In Pittsburgh, a change at the Heinz Endowments is causing much discussion. Heinz’s director of environmental grantmaking, Caren Glotfelty, is leaving the foundation due to the board’s changing priorities on environmental issues. Glotfelty’s public statement on her departure read, “The board has indicated that it is moving in a different direction with regard to the Environment Program, and it is clear to me that this is the right moment to leave.”

An e-mail Glotfelty sent to Heinz Endowments colleagues and grantees made it sound like she was pushed. “Changes are taking place at the Heinz Endowments, and one of the results is that I will no longer be employed there…. I apologize for the abruptness of the news, but I only learned about it late last week.” To our knowledge, there has been no official statement from the Endowments or from Glotfelty regarding what the different direction might be.

What is the shift in Heinz’s environmental policy that might have prompted Glotfelty’s departure? In the past couple of months, Heinz has been caught up in controversy over the grants it has made concerning drilling for gas in shale—what’s known as “fracking.” In March, the Heinz funded and joined a partnership with major drilling companies, including Chevron and Shell, to explore the generation of voluntary, rather than mandatory, industry standards for fracking. Activists lambasted Heinz for its support of the Center for Sustainable Shale Development, including the Sierra Club, who described the funding as “akin to slapping a Band-Aid on a gaping wound,” and No Frack Ohio, suggesting that the Center’s efforts “simply put…green lipstick on a pig.”

Kevin Begos, writing for the Associated Press, noted that, at least on a temporary basis, Glotfelty’s environmental grantmaking role for the foundation would be assumed by Heinz Endowments president Bobby Vagt. Although most foundation executives abjure roles on corporate boards, Vagt, with compensation from Heinz of over $500,000 in salary and benefits, is a member of the board of directors of Kinder Morgan, the Houston-based corporation that owns the nation’s largest natural gas pipeline and storage network. Per its 2011 Form 990PF, the Heinz Endowments has substantial holdings in oil and gas companies, including the Tulsa-based Williams Companies, Marathon Petroleum, Northern Oil and Gas, Occidental Petroleum, Key Energy Services, Devon Energy, C&J Energy, Anadarko Petroleum, Swift Energy, and Southwestern Energy, among others (with Anadarko, Southwestern, Devon, and Williams listed among the nation’s top 10 gas drillers that year).

With $1.39 billion in assets and over $65.5 million in grants in 2011, as seen in its most recent Form 990PF, Heinz is a major player both in Western Pennsylvania and nationally. The wife of Secretary of State John Kerry, Teresa F. Heinz, is the chair of the Heinz Endowments board of trustees. Glotfelty had been a mainstay at the foundation for much of Teresa Heinz’s leadership of the Heinz Endowments board, but Glotfelty was told of her departure only days after Mrs. Heinz was hospitalized, following a stroke in early July. Glotfelty is the first senior executive of the Heinz Endowments pushed out since Edward Kolano, the vice president and treasurer of the privately held Hillman Company, was hired by the Endowments to be vice president for finance and administration, including responsibility for the foundation’s investment portfolio. The privately-held Hillman Company, owned by nonagenarian billionaire Henry Hillman, has energy and natural resources as one of its investment focuses.

The press coverage around Glotfelty’s departure suggests that something of a shake-up may be occurring at the Heinz Endowments. As one of Western Pennsylvania’s few major philanthropies, staff changes below the CEO level that might be ignored in other foundations and other regions are big news in and around Pittsburgh. Is Glotfelty’s departure a one-time event, or are other major changes in the foundation in terms of staffing and program in the offing?—Rick Cohen