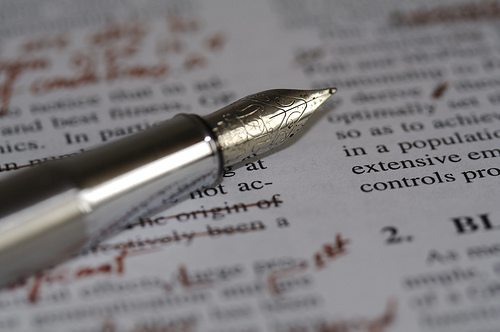 In this job market a nonprofit may receive hundreds of resumes for a single position. The people who screen these resumes have to distinguish the promising from the less promising and even the seemingly insane.

Last week, after a few months of recruiting for our own needs and reading the same stock phrases over and over again, we at NPQ decided to ask our readers to advise job applicants on how to craft winning cover letters and resumes. The responses were many, some briskly curmudgeonly and some lovingly helpful, but everyone cited something that made them cringe. We learned what employers hate (grand but vague statements about why you are great) and what they love (specificity and authenticity).

Some respondents to our question, as we said, were largely sympathetic to the plight of job seekers in a job market overrun with hopefuls and where digital communications are the norm. As one executive director wrote,

“Sometimes people are advised to put silly things in their resumes because, at least initially, when it is sent to a larger organization a real person may not read it. They now have software that scans resumes looking for key phrases and they will reject resumes that don’t have them, or have too few of them. I think it is why so many resumes sound so ‘canned’—they are.  But job applicants should understand they need to tailor their resumes for the job and not just send the same one over and over. . . . We recently hired a receptionist and we received 110 resumes. I think at least 100 of them had ‘strong organizational skills’ and would have been ‘an asset to your company.'”

The boilerplate approach, while safe, does not distinguish one resume from another, and you do want to be noticed (in a good way, not for mentioning your pet by name in your cover letter – true story).

What potential employers are looking for in a cover letter and resume should be no surprise: a clear description of your accomplishments and how they relate to the job being advertised. Educational accomplishments are nice but nonprofit leaders, like most employers, want the straight dope: When have you done a job or a task like this before? What were the results? Descriptions of your attitude, personality, and massive self-esteem aside, what have you done that prepares you for this position?

And it would be nice to have a sense that the job seeker knows to whom they have sent the application. Avoid submitting a general resume for a specific job. Tailoring resumes and cover letters to the job description is essential. Mentioning what you know about the company’s reputation and why the company’s mission is important to you and to the world is a great way to entice an employer. Sending out dozens of carefully customized letters and only hearing back from half can be discouraging, but those letters are the only way to show that you “get” the organization and understand their mission.

Stating that a job will fit in with your family schedule or career path is nice but does not speak to the employer’s end of the deal. What skills can you bring to this position that will advance the organization’s goals? As another reader wrote,

“I appreciate when an applicant talks about the organization’s mission, and how it has meaning for them and why they want to work toward achieving that mission.  That will win big points with me over ‘multi-tasker’ and ‘results driven’ any day!”

And remember that sloppiness can and will destroy any letter or resume. Who wants to hire an “enthusiastic go-getter” who addresses Ms. CEO as “Sir” or who cuts-and-pastes cover letters while forgetting to replace the Tri-City Mental Health Center with the Sunshine Food Co-op? Not the best way to show that you and the organization are meant for one another. It’s a little like being called “Sally” by your significant other when “Sally” ain’t your name. Inform yourself about the organization, and when you write the letter mention things that will make the reader believe that you know what they do.

And be careful to proofread—especially if you are claiming to be an exacting perfectionist. Reread your work, then edit again, and after that look it over twice more. Done proofreading? Give it to a friend, family member, or co-worker to look over—or better yet, give it to all three. If you are raving about your amazing grant writing or editing skills, don’t undermine your case with misplaced apostrophes, and beware of trendy language that apparently irritates the heck out of some screeners, one of whom pleaded, “Avoid the disturbing trend of turning nouns into verbs.” Tasked, impacted, messaged: these are all words that can be replaced.

Some additional terms to stay away from, just because they are outrageously common and may end up having little meaning to the readers: multi-tasker, enthusiastic, expert, visionary, collaborative work style, listening skills, passionate, impactful, accountable. Most of these words are just filler jargon and don’t say anything to differentiate your skills from the rest of the crowd.  And don’t say you will be “the ideal candidate for the job,” because you can bet 25 others have as well, and in any case the organization will be the judge of that.

Employers don’t want to hear about your “exceptional organizational skills” unless you can back them up with concrete examples.  A concise list of accomplishments is always appreciated.

One manager provided a list of words he thought would be useful to see in relation to specific achievements. They were: created, increased, reduced, improved, developed, researched, accomplished, won, on-time, and under-budget.

Another reader said, “I like to see phrases that are evidence-based, such as ‘increased grant funding by 15% over three years,’ or ‘developed and implemented a program to improve parenting skills,’ etc.”

Yet another wrote, “I get excited when I see things like ‘Increased membership from 2,000 to 5,000 over a 7 year period through direct mail programs, Facebook campaigns, and board member parties.’ A nice bulleted list of accomplishments really gets my attention.”

If you don’t have a track record yet, describe what you bring to the table. If your skills don’t exactly match the particular position being advertised, express the willingness and capability to learn. And even if you don’t get the job, saying “Keep me in mind – I love your organization” might very well be noticed and get you a call back at a later time.

Now that NPQ has examined the pet peeves of resume screeners, let’s turn this conversation around. What hiring skills do managers need to improve on? We’d like to hear some interview horror stories. What’s the best and worst way for employers to handle potential employees?